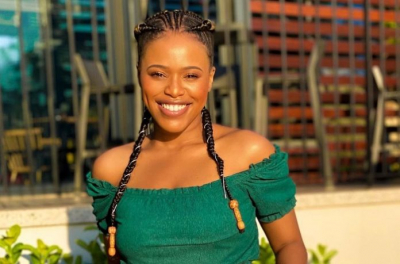 Arts,Sports and Culture Minister Nathi Mthethwa has confirmed that actress Natasha Thahane made the request for the reported R1 million scholarship to study at the New York Film Academy directly to him.

Mthethwa was responding to written parliamentary questions from EFF MP Khanya Ceza after revelations that Thahane, who is the granddaughter of Anglican Archbishop Emeritus Desmond Tutu, admitted she received R1m from the government to pursue her studies at the New York Film Academy in 2017.

This was after the intervention of former National Assembly speaker and ANC national chairperson at the time, Baleka Mbete.

However, Mthethwa said that his department was not aware of the role played by Mbete in securing the funding for the actress.

"What we know is that Ms Thahane made a request for financial support towards her studies at the New York Film Academy directly to me as the minister.

This request is similar to many others that my office and the department constantly receive from members of the public. The public does this possibly because I am the political head of the department," he said.

Mthethwa said the funds were for Thahane’s tuition fees, and that the terms of the contract with the department stipulated that she must complete her studies.

Thahane revealed that she received R1-million from the Department of Arts and Culture to study abroad.

Twitter was abuzz following the revelation made by Thahane that she received funding from the South African government.

She told MacG's Podcast & Chill that she reached out to several people, including the Barack Obama Foundation, but only got help after contacting Baleka Mbete.

She says Mbete arranged for her to get the R1-million for her studies.

"I went to maam Mbete, who was still the Chairperson of Parliament then, I'm like "Mama, I need to go and study," she said.

"She [ Baleka Mbete] managed to speak to Arts and Culture and then they gave me funding".

More in this category: « Khanyi Mbau joins The Wife season 2 in a leading role. Miss World temporarily postponed over COVID-19 concerns. »
back to top