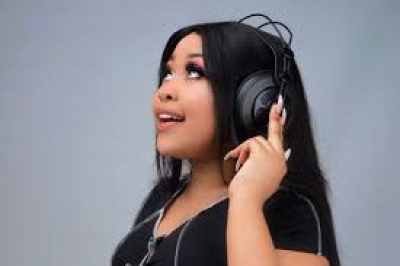 The Ukhozi FM song of the year (Ingoma Ehlukanisa Unyaka) campaign has finally taken quite an amusing turn in 2021 in that no one seems to know the song that came out tops.

Ingoma Ehlukanisa Unyaka (the song that will ring in the new year) is an annual campaign that sees South Africans from all walks of life drop everything they’re doing and tune into Ukhozi FM to find out what the song of the year is. This time around, they spent the first day of 2022 trying to find out who the artist behind the song of the year is.

Ukhozi crowned Isibani by DJ Hlo as the song of the year and her hit single was up against known heaters such as Adiwele, Osama, Asibe Happy and others too numerous to mention.

According to the station, the Ukhozi FM song of the year for 2021 is a song called Isbani by an artist called DJ Hlo. The song received 214,966 votes overall.

This result left listeners and social media users alike with all sorts of questions and comments.

This DJ Hlo won song of the year, but I bet even her neighbors didn't know the song. Anyway congrats atleast we know you...now#SongOfTheYear pic.twitter.com/FFrIaGYswl

More in this category: « Jub Jub’s mom unable to leave her home as she fears for her safety. Janet Jackson documentary sets Premiere date,shares new trailer. »
back to top