Musa Mseleku’s wives to host a talk show for women on SABC. 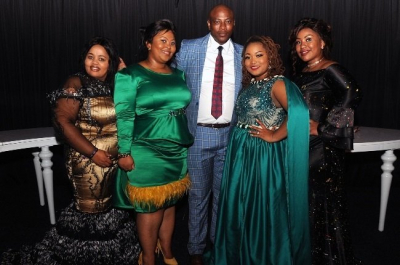 Musa Mseleku's wives, MaCele, MaYeni (Nokukhanya Mseleku), Makhumalo (Thobile Mseleku) and MaNgwabe (Mbali Mseleku) will be showing the public a different side of themselves by providing and sharing their knowledge on pressing issues on their new talk show.

It was announced on social media that the show will have 13 episodes and be called Igumbi Lamakhosikazi.

However SABC 1 publicist Caroline Phalakatshela confirmed that the show will air on 7 February 2022.

Mseleku is popularly known for being a polygamist. He's also the host of a show called Mnakwethu that helped other men come forward to their wives about wanting to be in polygamous marriages.

The show is developed as the 24th international installment of the American The Real Housewives franchise and focuses on the personal and professional lives of several women living in Durban.

Showmax announced the return of the franchise in September 2021 and confirmed the reality show will air on the channel from 28 January.

More in this category: « The 6th best-reviewed film,This Is Not A Burial,It's A Resurrection now on Showmax. Sultry singer Londie London reveals why she joined The Real Housewives of Durban. »
back to top