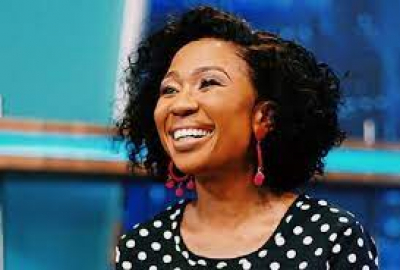 Television and radio personality, Dineo Ranaka, has been suspended from Metro FM by the SABC.

The suspension comes after Ranaka shared a video of herself doing The Umlando Challenge on top of office furniture.

City Press spoke to SABC’s group executive for corporate affairs, Gugu Ntuli, who confirmed the news about the suspension.

"The SABC can confirm that Dineo Ranaka is not scheduled on Metro FM at this stage and as a matter of principle the corporation does not discuss matters relating to its independent contractors in public," Ntuli told the publication.

The #UmlandoChallenge, requires you to shake your hips from side to side and up and down in the most random and creative places to hit Amapiano song uMlando. Many people have been enjoying watching these videos mostly done by men.

Dineo recorded her own attempt in the Metro studios and that seems to have not sat well with her bosses. The station viewed her actions as misconduct, as she dances on top of the office furniture.

Dineo is the host of The Bridge which airs between 9:00 and 12:00 on weekdays, she was not on air on Tuesday morning.

More in this category: « Sultry singer Londie London reveals why she joined The Real Housewives of Durban. Idols SA 'dumps' Randall & Unathi to revamp judging panel for season 18. »
back to top