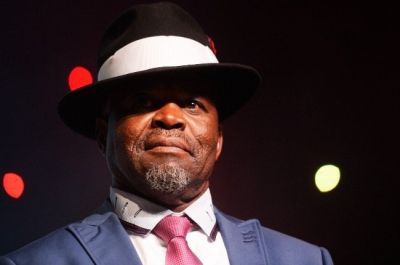 "It is with great sadness to announce the passing of veteran actor Ntate Patrick Shai. He passed away this morning," said a statement released by the family. The family has requested privacy and time to process the painful loss.

Patrick is best known for the roles in Soul City, Generations and Zero Tolerance.

He was nominated for a 2014 Safta in the category Best Supporting Actor for his role in Skeem Saam, and again in 2018 for his portrayal of Jacob Moloi in 7de Laan.

Last week, Patrick came under fire for using inappropriate language in a video posted on social media, when he challenged rapper Cassper Nyovest to a boxing match.

On Tuesday, he released a public apology to the rapper and everyone affected by his remarks.

Shai explained he should have known better as an older person and profusely apologised to the rapper for using vulgar language.

In his apology, the actor said the intention was to challenge him to a public engagement that would lead to an exhibition fight in the hopes of bringing issues of GBV to a higher platform.

The rapper is known to initiate boxing matches with prize money as high as R100,000.

Shai is survived by his wife and two children.

More in this category: « Idols SA 'dumps' Randall & Unathi to revamp judging panel for season 18. Jeremy Mansfield opens up that he is battling cancer again. »
back to top