Jeremy Mansfield opens up that he is battling cancer again. 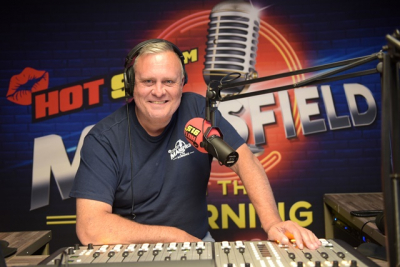 Jeremy Mansfield poses for a picture at the Hot91.9FM studios.Picture: Tracy Lee Stark.

Mansfield revealed on his Facebook page, saying that he has liver cancer.

"Haven't posted for ages, reason being I've been in hospital battered by tests as I was not feeling 100%. Turns out I have a form of liver cancer," Mansfield wrote.

"Docs not sure which type so I'm back in next week for more biopsies to find the right cell. That way the oncologists can design the right treatment. Been here before.

Mansfield had leukaemia before.

"Kicked leukaemia's ass 13 years ago after 9 months treatment. Don't f#€k with me jou vrot ding! First thing I'm going to do on Monday? Stride into my Mansfield2day office and start creating some of the best damn YouTube content to go onto the tube from 31 January Now THAT'S how you kick back! Attitude baby!"

Mansfield started his radio career in the mid ’80s.

He worked for the Durban-based radio station Capital Radio 604.

In 1990 he left and joined SuperSport on M-Net. He also became a sportscaster on the John Berks show on 702.

Three years on, he was appointed as a regular presenter of 702's Saturday afternoon magazine programme. In 1995, Mansfield moved to host the afternoon show.

In the late ’90s, Mansfield moved to 702 Talk Radio's sister station 94.7 Highveld Stereo where he created and hosted the weekday breakfast show, The Rude Awakening.

More in this category: « Legendary actor Patrick Shai has passed away. Shai described as a great art educator and encyclopedia of South African arts. »
back to top