TNS and Kasango bless us with their new single 'Sikelela featuring Bukeka'. 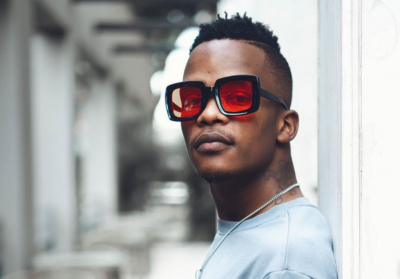 After teasing the single on his Instagram, today certified hitmaker, TNS, and 'Osama' producer, Kasango, join forces on their highly anticipated single, 'Sikelela' featuring Cape Town native, Bukeka. The song is available on all digital platforms today. Listen to it here.

Few dance music acts are as decisively standout and prolific as TNS. With numerous hits under his belt, the KZN-born singer and producer has become a major presence in the house music landscape,  and he is set to become even more of a scene staple as he starts building momentum for the release of his next album.

The new single, 'Sikelela' which means 'bless', is a prayer on a beautiful afro tech beat that hits listeners straight in the soul and will have fans floating from the first second till the last. "The song is dedicated to everyone – men, women, children and our country as a whole. With all that we have experienced over the past few years, we are asking that God blesses us," said the 'Umona' hitmaker.

Speaking on how the collaboration came about TNS said: "I collaborated with Kasango because I love the production on his previous songs, and with Bukeka I messaged her on Instagram after I heard her singing on YouTube. We then all met up and worked on our new single, 'Sikelela'."

House music producer, vocalist and songwriter, TNS, real name Nkazimulo Ngema is a KZN born musician from Emandeni KZN. TNS built his brand over the years through his music production and signwriting skills and went on to produce hit songs like Prince Kaybee's "Club Controller" and "Banomoya" in 2017.

In 2019 TNS released his first official single "My Dali" which topped local radio station charts and dubbed him one of the most talented producers in the industry. He went on to pen down a major record label deal with Sony Music Africa and dropped his album "MADLOKOVU KING OF AFRICAN HOUSE" in September 2019. The album was his long-awaited dream and honours his Grandparents who raised him and supported his musical journey, he named it "MADLOKOVU" after his late grandfather who passed on a few years ago.

His official single "Umona" went on to reach Gold status and charted on radio for over 33 weeks in the Top 100 Airplay Charts and the video generated over 7 million views on YouTube.

More in this category: « TikTok star Jojo Robinson reflects on joining The Real Housewives of Durban. Domestic violence case against Katlego Maboe dismissed by court. »
back to top