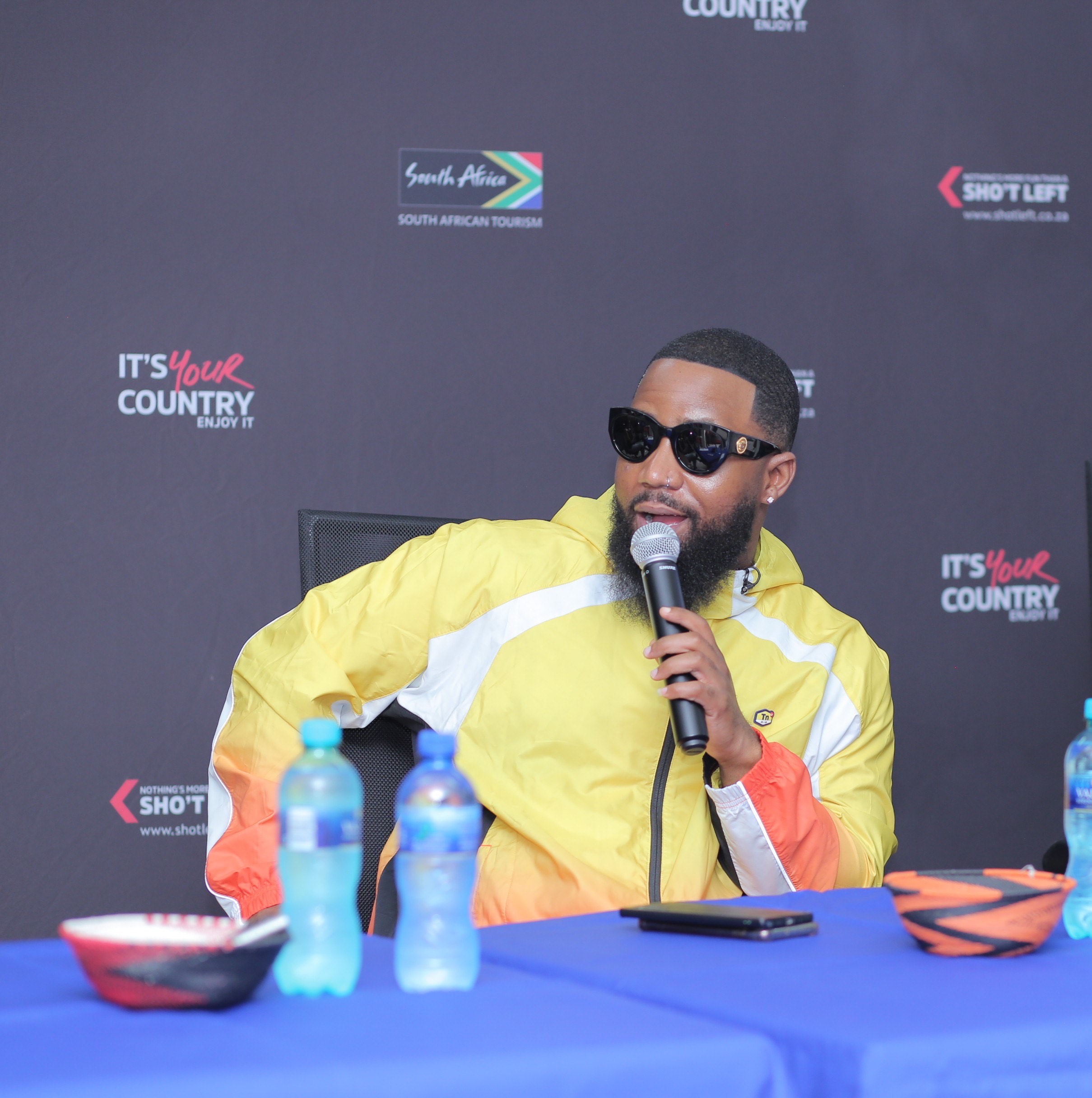 Travelling your own country is fun and easy. Now popular South African musician, Cassper Nyovest is going on a trip around South Africa.

Led by a popular and award-winning musician Cassper Nyovest to encourage more South Africans to explore their own country, the “Move With Cassper” campaign will see Cassper and his friends travelling and exploring all of the country’s nine provinces experiencing various tourism activities, all in a bid to show South Africans that travelling South Africa is easy, fun, accessible and affordable.

“Travelling South Africa is accessible and partnering with Cassper who is a young and hugely successful South African musician is exactly what Sho’t Left is all about. We know that this will encourage more South Africans to explore their own country.  We are very proud to associate Sho’t Left with an entertainment partner, UMG and Cassper because of his positive influence” said South African Tourism’s Head of the Domestic Hub, Mashoto Mokgethi.

“Partnerships like these have continued to inspire more and more South Africans to travel their beautiful country and have contributed in the more than 100% growth in domestic trips from January to September 2019 when compared to the same period in 2018,”added Mokgethi.

Thabo Ngwenya the Brand Partnerships Manager at Universal Music (Pty) Ltd said,“We are excited to partner with South African Tourism and Sho’tLeft with one of our talents Cassper Nyovest. The partnership is a natural fit for us as his values resonate with South Africans across all races, ages and social class. As an aspirational brand, Cassper Nyovest advocates for exploration, growth and reinvention. These attributes will encourage South Africans to explore their country through Sho’tLeft. He has certainly attracted international recognition which has translated into an influx of musicians abroad to travel to South Africa, collaborate with him on songs and learn of different cultures in Cassper’s home country.”

While visiting friends and relatives remains the top reason for travel in South Africa, travel for entertainment is also one of the most preferred experiences and that is why our partnership with UMG becomes important in order for us to appeal certain audiences like Cassper’s fans.

South Africans are invited to enter our online competition and share images or videos of themselves these past holidays on social media platforms using the hashtag #ShotLeftWithCassper and stand a chance to win a Sho’t Left with two friends coupled with an opportunity to have a meet and greet with Cassper Nyovest in their home province.

More in this category: « Grammy Awards 2020:Billie Eilish won five awards including record of the year, album of the year, song of the year. Love is in the air at Gold Reef City! »
back to top