DJ Fresh and Thabiso confirm their divorce after 20 years of marriage. 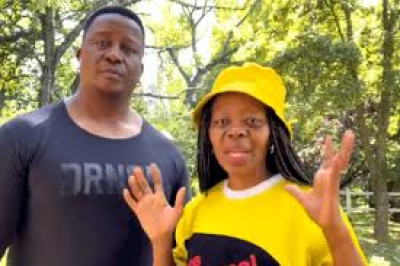 DJ Fresh and his estranged wife and radio personality Thabiso Sikwane have confirmed the end of their marriage of 20 years.

The pair released a joint statement on social media in a form of a video,in which they stated the facts of their situation.

"Yes, it's a fact, we are heading for divorce, we're in the process. We've been at it for the past two years," Thabiso said.

"We've been separated most, if not all, of lockdown and we are finalising the finer details. We still have each other's backs. I think people are expecting drama but there will never be drama between us because we'll always love each other," DJ Fresh said.

Fresh and Thabiso got married on 11 September 2002. They met at YFM studios, where Fresh was the DJ and Thabiso a newsreader.

DJ Fresh has been embroiled in sexual harassment and rape allegations over the last two years. He was named in the "Me too" list which was reshared by controversial poet Ntsiki Mazwai.

This ensued a legal between, Fresh and Mazwai. The DJ’s argument was that Mazwai republished the sexual assault allegations levelled against him, prompting him to call his lawyers to intervene. Penny Lebyane also ended up included in the case in a bizarre turn of events.

In 2021, Fresh and his close friend Euphonik (Themba Nkosi) were accused by a woman known as Nampree who accused both DJ's of rape.

Nampree alleged she was drugged and raped by the DJ’s in an incident that occurred over 10 years ago. The case gained much attention from activists and in the media. In February 2021, the NPA dismissed the rape case due to "insufficient evidence."

More in this category: « South African Hip Hop Museum is back up and running. SA's post-pandemic love triangle film, Glasshouse "could be a modern classic". »
back to top