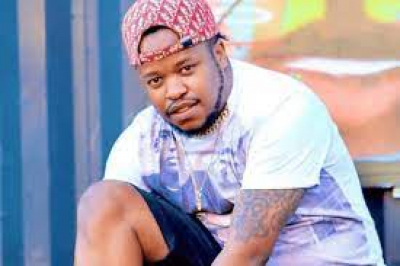 Mkhize, a younger brother of the late rapper Linda "Prokid" Mkhize, was shot and killed in the early hours of Monday morning in Dube.

The rapper was with his friends when they were shot at by suspects driving in a silver VW Polo. Mkhize was certified dead by paramedics.

Police said the motive for his killing was unknown and they were still searching for the suspects.

"I can confirm that Sandile passed away at 12:30 am in the morning," family spokesperson Nhlanhla Lux Dlamini.

Nhlanhla said the family is still processing their son’s passing, and they are in the process of finding out who was behind this because it seems like a hit.

DJ Citi Lyts got his big break in SA hip hop after getting a chance to work with SA hip hop acclaimed producers and hitmakers.

It was through his music friendship circle that he met and worked with the producer behind SA’s biggest song 'Roll-up,' 'Ruff,' and the award-winning artist Emtee, that his career propelled, placing him in the limelight as one of SA DJ’s to notice.

DJ Citi Lyts started his career as rapper F-Eezy's hypeman and DJ. He was once an Ambitiouz Ent. signee and released hit songs such as Malambane, Shishiliza, Washa Washa, and Vurra, just to name a few. He then left Ambitiouz Ent. to pursue his solo career.

A number of SA rappers took to their social media platforms to share their condolences to DJ Citi family and close friends.

More in this category: « Relationships must be built on understanding & knowing each other's limits. Dre, Snoop, Mary J Blige, Eminem, 50 Cent and Kendrick’s epic show. »
back to top