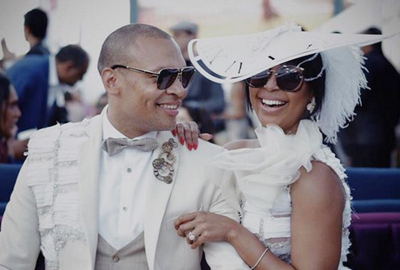 In an announcement posted on social media, the couple said they had been separated for months and had consulted with family and a counsellor before making the decision.

"We have taken the decision to officially file for divorce. Despite the end of our marriage and romantic relationship, we remain friends, business partners and loving parents to our beautiful son.

They said it was a difficult decision to make and to announce and they have asked for privacy to deal with it.

The couple got married in 2017 at a lavish white wedding in Somerset West in the Western Cape, and documented their nuptials with the three-part "Becoming Mrs Jones" docu-series on Showmax the same year.

Minnie and Quinton celebrated their fourth wedding anniversary last year with the Minnie sharing a special message to her husband.

More in this category: « Dre, Snoop, Mary J Blige, Eminem, 50 Cent and Kendrick’s epic show. We caught up with Khanyi Mbau about her lead role in The Wife Season 2. »
back to top