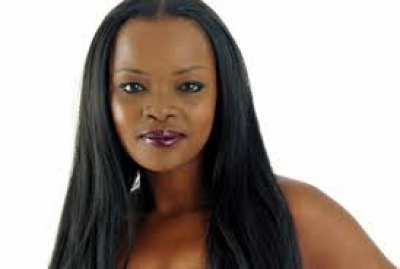 The memorial service of media personality Nomakula "Kuli" Roberts is taking place from 10:30 today 16 February at the Birchwood Hotel.

Family and invited friends of the late celebrity journalist, TV presenter and radio host gathered to celebrate her in the private memorial service.

The ceremony was hosted by South African comedian Nina Hastie, as well as social and political activist Shaka Sisulu, who happen to be Kuli’s former co-hosts on SABC3’s reality television show Trending SA.

Shaka announced at the beginning of the ceremony the decorations of the ceremony were sponsored by True Love Magazine, the publication she worked for as a journalist for a few years.

A group of Nomakula’s high school friends took to the podium to open up the tributes and speak on the life and times of the radio personality.

One of her friends said that growing up, Roberts was extremely confident, caring and giving.

The other mentioned how she would fondly be remembered by all the lives Kuli touched, while the other expressed that she believes the television personality achieved everything she came to do here on earth.

Sonia Motaung also took to the podium to share some memories she had with Kuli while working with her at Sunday World.

Sonia explained that when Roberts arrived at the publication, she was given her own blog called Bitch’s Brew, which was supposed to run for a period of four weeks.

Once the four weeks was up, the journalist was awarded the blog for a long-term period, which she excelled in for many years.

Radio personality and comedian Skhumba Hlophe also shared a few words on Roberts, who he used to occasionally work with on a segment on the popular radio station Kaya FM alongside Bob Mabena.

Skhumba mentioned his admiration for how Nomakula lived truthfully throughout her life, and did not care about the opinions of others, and advised all the guests who attended the memorial service to live a carefree and honest life, which mirrored the life of the media personality.

Roberts was known for her activism for people living with albinism and her no-holds-barred approach to calling out wrongdoings in the entertainment industry.

After a hiatus from the spotlight to focus on other ventures, She made a comeback as a co-host on "Trending SA" in 2016.

Roberts started her career as a journalist and editor in the early 2000s. She then went on to become a TV presenter for gossip programmes such as The Real Goboza, Headlines and most recently Trending SA.

She also worked as a radio host on Kaya FM and had a stint as an actress on the popular Mzansi Magic soapie, The Queen. She was also the author of fictional book, Siren.

Details of her funeral:

Roberts leaves behind her two children, a grandchild and her sister, actress Hlubi Mboya.

More in this category: « We caught up with Khanyi Mbau about her lead role in The Wife Season 2. Idols SA confirm new lineup of judges for Season 18. »
back to top