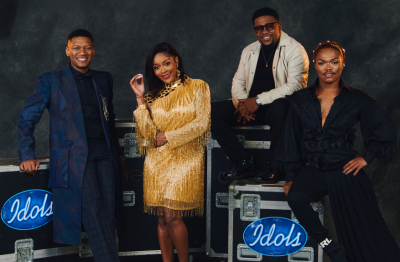 The news of the singing competition’s lineup revamp was announced at Urban Studios in Randburg on Wednesday afternoon.

Season 18 of Idols SA will feature a revamped judging panel as Thembi Seete and JR Bogopa are set to join the upcoming season, replacing Randall Abrahams and Unathi Nkayi.

Tebogo "ProVerb" Thekisho remains host for his 13th season, and fan favourite and  media personality Somizi Mhlongo is set to make his return to the music competition.

Somizi returns after taking time off from the show last year following serious allegations of physical abuse. The show hit a massive ratings slump shortly after.

"All I know for sure is that my heart, soul and energy is going to be on the floor. I want to bring it like it’s my first time," Somizi said.

Speaking on her role as a new judge, Seete said she was a tad nervous about assuming her position as the resident judge unlike the guest judge role she was given last year.

"I’ve been in the industry for a long time and I know how it feels to want to feel the spark while on stage.

"So, I’m hoping my contribution will help channel them in the right path and grant them the opportunity for a music career they deserve," Seete said.

Assuming his position as a judge on the show, JR expressed how excited he felt about his new journey with the franchise as he feels he’s the perfect fit for the show.

"I am planning on bringing something extra this season," he said.

"With my background as a producer, I plan to help implement the knowledge I have in finding and unearthing raw talent.