NPA confirms the case against DJ Fresh, Euphonik not reopened. 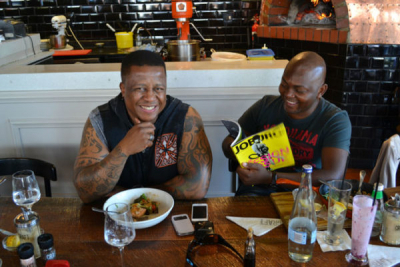 NPA spokesperson Lumka Mahanjana has confirmed that the status of the case against DJ Fresh and DJ Euphonik (Thato Sikwane and Themba Nkosi) has not changed.

"The status of the matter remains the same, no new information has come to light," said Mahanjana in a statement.

"However, in a case where there has been no prosecution, investigation stands that were not initially pursued because of time limitations, for example, might be pursued to see if they will yield anything new. That might perhaps lead to a reconsideration of the matter," added Mahanjana.

This means that the case has not officially been re-opened as previously reported. However, Mahanjane did not rule out the possibility of this case or a separate case being established if an investigation yields additional evidence.

On Sunday, City Press reported that DJ’s Fresh and Euphonik were set to "face new heat" as the case against them had been reopened.

The case in question is a case that was opened by an accuser who initially took to Twitter in early 2021 to claim that the pair had drugged and raped her at a party a decade prior.

Last year, the NPA announced that they would not be prosecuting the Fresh and Euphonik because their investigation into the matter showed that there were "no prospects of a successful prosecution on the available evidence" because the evidence they had before them at the time was considered insufficient.

More in this category: « Idols SA confirm new lineup of judges for Season 18. Family confirms the passing of hip-hop artist Riky Rick. »
back to top