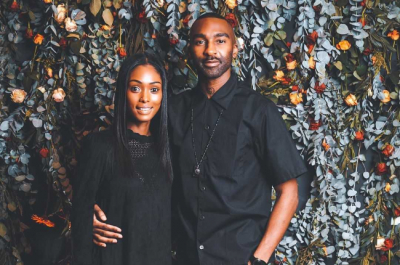 The family spokesperson Sheikani Makhado confirmed his passing but could not divulge any further details.

"The family is still meeting, and we will release a statement in due course."

The family released the statement shortly after we spoke to Sheikani Makhado and it reads as follows:

Son, husband, father, brother and uncle, Riky 'Ricky' Makhado (34) sadly passed away in the early hours of this morning (23rd February) in Johannesburg.

Affectionately known as Riky Rick across the globe, he was deeply loved by his family, friends and the entire entertainment industry. His love for family, friends and community is well known. Riky's nurturing and developing of young musical talent is well documented, and will forever be remembered.

He leaves behind his wife, two children, his mother and five siblings.

The Makhado family humbly request privacy as they go through this extremely difficult period of grieving. The family has not officially appointed a spokesperson at this point and they ask that you please keep them in your prayers.

The family are also deeply thankful for and appreciates the countless messages of love and support received, These are felt deeply.

Details of the funeral and memorial will be confirmed at a later stage.

With much love and thanks, the Makhado family...

Riky Rick burst into mainstream fame with his platinum certified Family Values in 2015 after making a name for himself and asserting his influence in SA hip-hop culture for several years behind the scenes.

He gifted the world with hit songs including Amantombazane, Boss Zonke and Sidlukotini.

The rapper's brand became synonymous with fashion because of his style and love for fine clothes and culture. He became an icon for all the cool kids and a light for upcoming artists who he embraced publicly.

One of his greatest achievements in addition to his music legacy is the establishment of Cotton Festival, which was due to make a comeback in 2022 after taking a break thanks to the Covid-19 pandemic.

In 2020, the rapper opened up about his struggle with depression after his father died.

Riky Rick is survived by his wife Bianca Naidoo and two children.

More in this category: « NPA confirms the case against DJ Fresh, Euphonik not reopened. Memorial and funeral service for Riky Rick confirmed. »
back to top