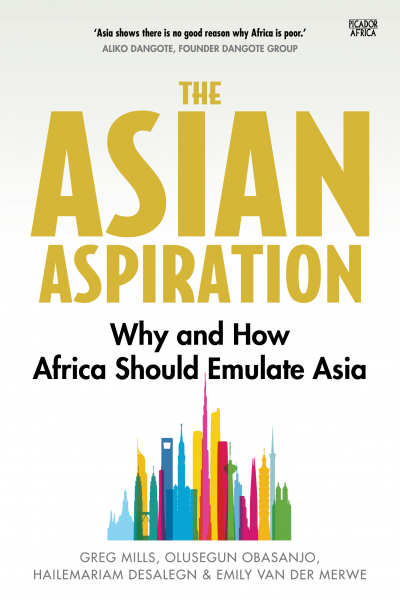 Why and How Africa Should Emulate Asia

In 1960, the GDP per capita in South East Asian countries was nearly half of that of Africa. By 1986, the gap had closed and today the trend is reversed, with more than half of the world’s poorest now living in Sub-Saharan Africa.

Why has Asia developed while Africa lagged?

The Asian Aspiration chronicles the untold stories of explosive growth and changing fortunes: the leaders, events and policy choices that lifted a billion people out of abject poverty within a single generation, the largest such shift in human history.

Africa’s leaders have to adopt a similar sense of urgency to Asia if they are to ensure that their countries not only survive, but prosper in the face of the huge demographic changes they face.

Africa’s current cohort of some 420 million young people, aged 15-35, already face a daunting future. Only one in six has stable wage employment, and just 75% are literate – the lowest of any region globally. This book calls for a move away from ideology to unprecedented pragmatism in the pursuit of African success.

The continent’s ambition cannot be to duplicate the Asian path, but rather to learn from Asia and other fast-growing regions. This can be interpreted as the deep commitment to popular welfare which defines inclusive growth and has been routinely exhibited by East Asian leaders, whatever the formal system of government.

Africa is neither a continent of chronic despair nor one of unchecked optimism. The key lesson from Asia is to deal with the facts on the ground as they are. This book aims to give sound advice to take the next generation from poverty to prosperity.

The premise is that Africa would do well to heed Asia’s experiences and lessons, avoiding its faults, and replicate its successes.

More in this category: « Taking Gin to the beach with the new Copeland Tiki Gin. Announcing the 2019 Sol Plaatje European Union Poetry Award Winner. »
back to top