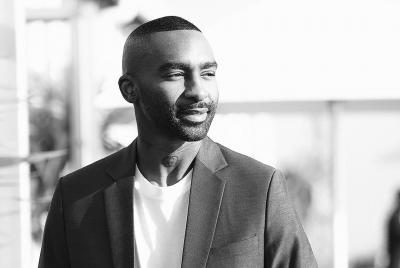 The Cotton Fest, created by the late Rikhado 'Riky Rick' Makhado announced on Wednesday morning that the sold-out event has been postponed.

In a statement released on behalf of Riky’s wife Bianca Naidoo, she confirms that Cotton Fest is scheduled to go ahead as planned.

"We have to continue to keep his spirit and legacy alive. What better way to do this than to continue the work Riky has already started," Bianca said.

"Cotton Fest needs to go ahead as planned by him! His love and belief in showcasing young and upcoming talent is unquestionable, which is how Cotton Fest came about a few years back." Bianca says this is what Riky would have wanted to happen and she wants to carry on his legacy.

"And in his own words - we never die, we multiply! Let’s build on this energy and continue to spread the love and light at a time when we need it the most."

The statement also reads, "With the ongoing flood of love and support from the public, as well as the South African entertainment industry at large, the Cotton Fest team today confirmed that the two-day sold-out festival planned for later this month, will still go ahead but is postponed to April. Following the endless endearing tributes and messages from across the globe over the past two weeks, the decision, together with Riky Rick’s family, was made to move forward with the highly anticipated lifestyle festival.

"Known for showcasing the diversities in various music genres with the aim of fusing the gaps within the different local movements, Riky Rick created the festival to merge both well-known and young emerging SA artists. Cotton Fest will now take place on the 23rd and 24 April in Newtown, Johannesburg. The team apologises for any inconvenience caused to current ticket holders who might not be able to attend on these new days. The weekend line-up will be announced later this month."

The festival is usually a mixture of music, sports, and fashion to cater to the interests of the vast target audience who will be attending the two-day affair.

The theme of the event is "The University of Cotton Fest", a campus experience for all patrons attending the festival who will get the chance to witness over 100 South African artists and DJ’s perform on three set stages.