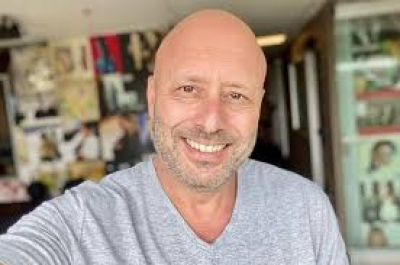 Radio personality Mark Pilgrim has officially started his chemotherapy journey on Wednesday, March 16, and was off air from Hot 1027 FM while recovering.

He confirmed in his Instagram post and has been sharing updates with his followers on his profile.

"Day one of treatment. A tribute to the nursing angels that hold patients hands everyday… making tough moments just a little bit easier. Thank you," he wrote.

He confirmed the return of his cancer in February in a post on social media celebrating his wife and family, just weeks after celebrating being in remission for over three decades.

"In my moments of weakness, you encourage me to find my strength. Thank you my Adrienne. Spending a few days with all my girls, appreciating love and life, gulping in the fresh air (and some Amarula), before the tough journey begins… again," added Mark.

Mark was diagnosed with stage 3 testicular cancer in 1988.

According to his Wikipedia page, it was an aggressive form of cancer and spread to his lungs and kidneys.

"After nine months of chemotherapy, he was declared to be in remission and had remained so for about 33 years."

Over the decades, he was worked as an ambassador for the Cancer Association of South Africa (Cansa) and has been "a friend" of the Reach for a Dream Foundation.

Pilgrim is also a heart attack survivor – he suffered a myocardial infarction in 2008, and survived Covid-19 in June last year.

More in this category: « "It's what parents have to do; sacrifice." Lerato Mvelase on Nomusa in The Wife. Lerato Mbele joins Power FM & Ukhozi's Khathide Ngobe rejoins afternoon drive. »
back to top