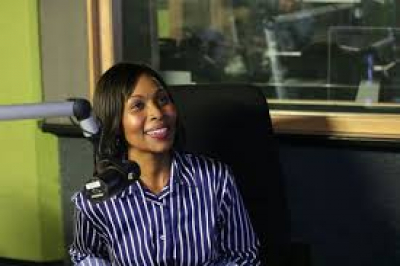 The station welcomes renowned journalist Lerato Mbele and economist Sifiso Skenjana and line-up will come to effect from 28 March 2022.

On Wednesday, Mbele took to social media to share her excitement, saying she was looking forward to a new chapter in her life. The talk show will air from March 28 between 9am-12pm.

Lerato began her journalism career in 1999 at South Africa's state-owned broadcaster The South African Broadcasting Corporation (SABC). She eventually served as an anchor for the channel's daily news show News at 10 and also fronted the weekly show The Ambassadors.

She holds an MSc degree in Development Studies from The School of Oriental and African Studies (SOAS), University of London.

Meanwhile Ukhozi FM, South Africa’s largest radio station by listenership will be introducing some line-up changes effective from 1 of April 2022 in line with SABC radio’s strategy.

Ukhozi FM will be introducing some line-up changes effective from the 01st of April 2022. The station reached a milestone of 8 million listeners in 2021 as per the October RAMS release and believes that this new lineup will comfortably catapult the station to the next level.

The station had initially aimed to reach 8 million by 2023, but this came earlier than anticipated due to its popular personalities, strong campaigns both on and off air.

The station’s breakfast show gains an additional 30 minutes and will now broadcast from Monday to Friday between 06h00-09h00 and no longer 06h30-09h00. Sipho "DJ Sgqemeza" Mbatha and Nonhlanhla "Mroza" Buthelezi will continue to host this show following its success in the past year. The breakfast team will be joined by Mhlonishwa Sibisi who will be responsible for sport content.

Dudu "Lady D" Khoza, the Queen of the Airwaves maintains her 09h00-12h00 slot where she will continue to bring audiences what they have come to love for the past 27 years.

The station is very excited to welcome new talent Bingelela Mpanza to the line-Up. Mpanza, the winner of the Winnie Mahlangu Female Presenter Search in 2021, will be taking over the developmental slot on Sundays between 03h00 and 06h00, which was specifically designed for winner of this competition.

More in this category: « Mark Pilgrim starts chemo after 33 years in remission. T'bo Touch back at Metro FM as the host of new afternoon drive show. »
back to top