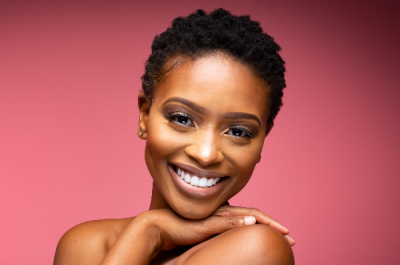 Vuyiseka Cawe is known for her roles as Nokuzola on Imbewu, Image Supplied.

Imbewu: The Seed is moving to 9pm next month, with new adult show The Black Door helmed by Mandla N taking over the show’s time-slot.

The channel made the announcement in a recent statement shortly after releasing a teaser trailer for the new season and promised that the season five drama won’t disappoint.

"The gift and the curse promises a spiritual awakening, and unravelling…" added e.tv in a mysterious statement.

Season five of Imbewu picks up as the mighty oil barons of Kwazulu-Natal, the Bhengu family, hang by a delicate thread.

"Since the death of the patriarch, Zimele Bhengu, the question of ascendancy has been a sensitive one, and one best left alone. But the discovery of natural gas on family land in Umbumbulu brings this diplomacy to an abrupt end."

The season also follows the events of the family after divisions are drawn between Zithulele, and Nkululeko, both legitimate successors in their own right, forcing the Bhengu matriarchs, Mandlovu and Mazulu to choose a side.

"This life-changing discovery threatens to destroy something the Bhengu family has long sought to protect – its unity. For the first time in its history, the Bhengu family runs the risk of being a family divided."

In addition to all this, e.tv also promises that the intriguing new season of Imbewu brings about exciting changes for the production as well.

"Viewers can expect to see a change in the visuals from camera and direction, the wardrobe and style of each character has been given a refresh, and we’ve opened up our world by shooting frequently on location, showcasing the beautiful landscape Kwazulu-Natal has to offer" said, series producer Khanyi Nxumalo in a statement.

Following the 15-second teaser posted on social media, the official trailer for Imbewu season five will air across eMedia channels at 8:55 pm on Wednesday the 23 March and Thursday 24 March.

Imbewu season five will kick off from 11 April 2022 onwards and will air at 9pm every weeknight thereafter.

The show set to premiere on April 11 depicts the world of prostitution. It’s been described as raunchy, provocative, dark, risqué and graphic with lots of nudity.

The show will be headlined by Zamani Mbatha (Isithembiso and Rhythm City), Linda Sebezo (Isibaya) and Thobani Nzuza (eHostela).

American soapie Days Of Our Lives will go off air from April 11, as free-to-air commercial broadcaster e.tv moves towards more local content.

More in this category: « DCS dismiss social media reports that Kwaito star Brickz is out on parole. R&B Singer Keith Martin found dead aged 55 in his condo in the Philippines. »
back to top