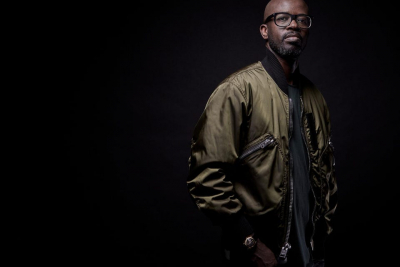 Nkosinathi 'Black Coffee' Maphumulo received a hero's welcome, and as soon as the doors in the international arrivals area opened, the crowd erupted in loud cheers to welcome Mzansi's international export.

Minister of sports, arts and culture Nathi Mthethwa was joined by the Gauteng Member of the Executive Committee (MEC) for Sport, Arts, Culture and Recreation, Mbali Hlophe, alongside the Soulistic Agency and Black Coffee Foundation at the OR Tambo International Airport in Gauteng to welcome the International acclaimed Black Coffee.

Black Coffee, won his first Grammy in Las Vegas on Sunday for Best Dance/Electronic album for his album "Subconsciously".

Speaking to crowd at the airport, Black Coffee thanked his fans for their support.

"I always tease my son about having tattoos on his body, and I think the only tattoo I'll have on my body is faith, because it's taken me so far and is a word that is deeply rooted in my heart.

"I want to thank you South Africa for all the support."

"I'm so overwhelmed right now. It is  a crazy feeling when you sit alone and wonder if you died, would you know who loved you, what would people say about you. I'm experiencing that moment right now. I'm seeing the love, I'm seeing the support. Its like I'm watching from somewhere. This is such an amazing feeling. It is like magic. I've been talking about it on the plane. I wish I could get on a flight to fly around the continent and sprinkle it so everyone could feel this feeling."

Mthethwa started his speech by chanting "Halala Black Coffee" and the crowd cheered.

"Welcome home, my brother, son of the soil. We know you went to the world to represent us and you use your gift of music to share it with the world and to unite us as South Africans, unite us with the people of the world. We are grateful you are here today. You've done a lot of things, you've collaborated with the best in the world who understand and trusted your ability to know a good song.

Black Coffee joins a select group of South Africans who have scooped a Grammy including legendary group Ladysmith Black Mambazo and the Soweto Gospel Choir with nominations only for other legendary artists Johnny Clegg and Savuka, Miriam Makeba and Hugh Masekela.

The house music muso is now one of the most decorated DJs on the African continent and the first to have won both a Grammy and a BET Award.

More in this category: « Will Smith resigns from the Oscars Academy over slap. Will Smith banned from attending Oscars for 10 years after slapping Chris Rock. »
back to top