Popular telenovela The Estate on SABC3 takes a break. 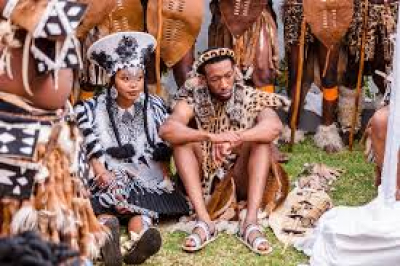 SABC3's local primetime telenovela The Estate, will take a break from broadcast for two and a half months.

The channel made the announcement on Monday afternoon.

"S3 confirms that the popular telenovela The Estate will take a break from broadcasting with the last episode of season 2 broadcasting on Friday, 15 April 2022."

In its place, the channel will air old episodes of the show Family Secrets which stars the likes of Katlego Danke, Vusi Kunene, Robert Whitehead and Khanyi Mbau.

The show first aired on SABC1 and will now occupy the 7pm slot on weekdays starting Monday 18 April. From 5 May onwards, SABC3 will air the second season of the show.

According to SABC3, viewers can expect more drama, suspense, and hard-hitting storylines as the channel is committed to keeping audiences entertained.

The telenovela, which began as a replacement for Isidingo, centers around the gated suburban haven that is Echelon Estate.

The 8-meter high brick wall golf estate is called home to the most wealthy families in the neighborhood and struggling middle class who try to "keep up with the Joneses".

The 'perfect' suburban life comes crashing down as the battle for land hits too close to home.

The Estate follows a group of people as they try to fight a land claim from the neighbouring Thembalethu township community. An issue very relevant in South Africa, the show will deal with themes centered by land claims, issues of identity, dishonesty, love, the truth, corruption and its consequences.

More in this category: « Will Smith banned from attending Oscars for 10 years after slapping Chris Rock. Actor SK Khoza apologises for his public outbursts. »
back to top