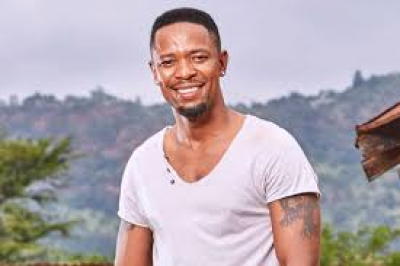 Former The Queen actor Sthembiso 'SK' Khoza has issued an apology after making headlines last week following the videos of him on social media.

In one of the videos, the actor can be seen behaving violently towards a white man while also uttering profanities. Shot at Zebula Lodge in Mpumalanga, SK can also be heard asking the man if he knows who he is.

Growing concerns for the actor's wellbeing have been mounting on social media following videos of him engaging in heated confrontations with strangers that went viral recently.

Making a social media, SK took to his Instagram timeline, apologising to everyone who he had been 'rude' and 'mean' towards.

Forgive me for I have sinned and was trapped in a very dark space, to everyone that I was rude and mean to...my deepest apologies." he wrote.

Monday's episode of Mzansi Magic's The Queen showcasing Harriet Khoza and Hector Sebata's wedding, saw Shaka (played by SK) appearing in the scene after his exit from the show was announced.

In November 2021, Ferguson Films penned well wishes to the actor after axing him from the show.

"We would like to wish Sthembiso 'SK' Khoza all the best for the future as he exits #TheQueenMzansi. You have been a hardworking individual from the day you walked onto our set. We have no doubt that you will carry on winning and working harder! Until next time!” read the post.

Abdul Khoza, who is one of the star leads in The Wife on Showmax and is SK's younger brother responded to the quote.

"Well said big bro [and] also it still teaches that one way or another, we have to go through the snakes. "Profound" sunno. Peace [and] Love," Abdul wrote.

There are those who speculated that SK’s actions may have been a result of an underlying and untreated psychological issue.

Celebrities such as Minnie Dlamini, Boity Thulo, DJ Sbu and Thembis Mdoda shared their support for SK after his apology.

More in this category: « Popular telenovela The Estate on SABC3 takes a break. Anele Mdoda takes a break from her breakfast show on 947. »
back to top