Anele Mdoda takes a break from her breakfast show on 947. 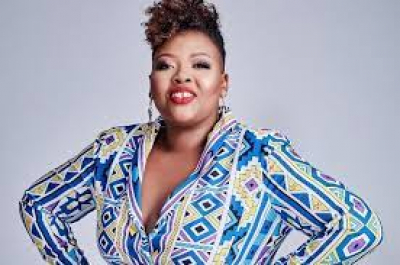 The 947 radio station announced that Anele Mdoda would be taking a two-month-long break from her breakfast show, Anele and The Club.

According to the station, the award-winning radio personality will be participating in a series of global masterclasses in different countries and will only return to her radio presenting duties in July.

Anele's Future-Fit Master-Classes will enable her to reimagine 947's Anele and the Club breakfast show, whereby she will be exploring new and emerging broadcasting and entertainment trends plus interrogating global best practices that will invigorate the show on her return, the station's website reads.

In support, the 947 show teams have stepped in and rearranged themselves to strike the right balance to ensure uninterrupted continuity and great radio.
Thando Thabethe will stand in for Anele, with Frankie, Thembekile and Cindy by her side, while Zweli will take on Afternoon Drive and newcomer Anathi Seyisi will host Nights on 947.

Taking to her Twitter page, Anele confirmed the news and revealed that one of the cities she'd be travelling to is Dubai.

"Well yes," she responded to a follower that was asking if they'd be seeing her there.

Anele will be back on air on 1 July.

The TV presenter has used the radio platform to highlight broad issues including e-hailing service Bolt drivers who have been accused of sexual assault.

More in this category: « Actor SK Khoza apologises for his public outbursts. Is US singer Kelly Rowland in South Africa? Yes, indeed! »
back to top