Is US singer Kelly Rowland in South Africa? Yes, indeed! 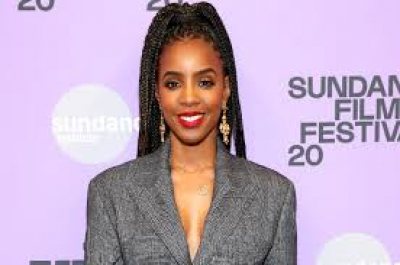 American singer, television personality and actress Kelendria Trene Rowland, popularly known as Kelly Rowland seems to be on a world tour with her first destination being South Africa.

The former Destiney's Child singer took to social media to post a stunning video of herself transforming from a fresh, no makeup look dressed in a bath robe, to a fully beat face, bone straight black hair and a gorgeous beige evening dress.

It appears the singer-songwriter made her way to SA shores over the weekend after sharing her experience while flying first-class.

"Why people in 1st class so nosy?" she tweeted before adding that she, too, is a little nosy.

On Tuesday, Rowland shared a video reel of herself getting all glammed up for an undisclosed occasion.

It is unclear why Rowland is in South Africa. However, the author is currently promoting her new children's book, Always With You Always With Me, which could have something to do with it.

The mother-of-two shared on her social media pages that she has written a children’s book which will be available everywhere for purchase from 26 April.

"So excited to announce that my new children’s book Always With You, Always With Me will eb available everyone on April 26," said Rowland.

According to Penguin Random House, the synopsis of the book reads, "Grammy Award–winning artist Kelly Rowland and educator Jessica McKay have crafted a lyrical celebration of working moms everywhere and a soothing story for their children.

"As a mother gets ready to go to work, first she works on building the world for her child. Because it can sometimes be hard to be separated during the day, Mom collects some simple words that she and her child can repeat whenever they are missing each other or feeling overwhelmed:

"Always with you, always with me, mommy and child, together we'll be.

"For any child who needs a little reassurance or just to share a sweet gesture of affection, Always with You, Always with Me is a loving tribute to families that honors the work a mother does both inside and outside of the home."

The 41-year-old singer has made many headlines across the country alongside South African radio DJ Anele Mdoda after Anele made claims on one of her radio segments that Rowland is not much of a good looking person when she is not wearing any makeup.

More in this category: « Anele Mdoda takes a break from her breakfast show on 947. Lawrence Maleka set to host 'DStv Mzansi Viewers' Choice awards. »
back to top