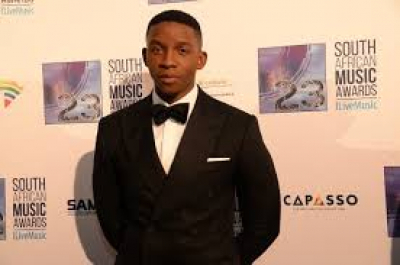 The event venue, date and nominees were revealed at an intimate event in Inanda, Sandton hosted by Big Brother Mzansi host, Lawrence Maleka.

Maleka – who played the beloved Zolani in 1Magic's 'The River' – will also serve as the official host for the DSTV Mzansi Viewer's Choice Awards (DSTVMVCA) which are set to take place at the Sun Arena in Pretoria on 25 June 2022.

The awards will also be broadcast live on Mzansi Magic (DStv channel 161).

The evening's winners will all be stars who have been voted for by the South African public and the DMVCAs will seek to honour the top achievers who have made their mark over the past two years in television, radio, music, sports and comedy.

Stars won't be the only ones walking away with something as DStv viewers also stand a chance to win one of three KIA vehicles if they have voted for their favourite stars.

There are a number of ways to vote, including voting via the MyDStv App and on the dedicated "dstvmvca" portal on the mzansimagic.tv website.

"We are excited to be back on stage and on screen for the 2022 DStv Mzansi Viewers' Choice Awards. The nominees are all deserving but the only way to make sure your favourite wins is to vote! Through the MyDStv App and on the Mzansi Magic website you can make your voice heard and guarantee that your star of choice walks away with an award," said Nyiko Shiburi, CEO of MultiChoice South Africa.

The nominees for the 2022 DStv Mzansi Viewers' Choice Awards across 11 categories are:

More in this category: « Is US singer Kelly Rowland in South Africa? Yes, indeed! South Africans can now register for Disney+ & save on annual subscription. »
back to top