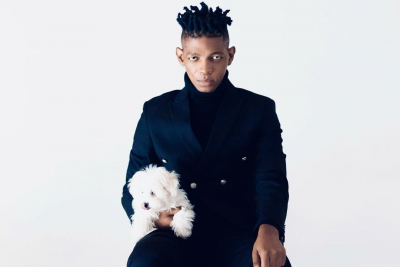 Kekana was diagnosed with multiple myeloma in July last year after undergoing 28 tests.

This morning, his family released a statement, that the 38-year-old died on Sunday 17 April 2022 at his home in Johannesburg after a short battle with cancer.

"It is with profound regret and sadness that the Kekana family confirms the untimely passing of international fashion designer, son, father and brother Lebohang Quiteria Kekana (38) after a short battle with cancer," the statement read.

"The Kekana family is deeply thankful for all the countless personal messages of love and support received thus far. The details of his memorial and funeral will be confirmed in due course," the statement continues.

During his battle, he partnered with different brands to raise awareness for the deadly disease.

"I partnered with the Brut and Blemished Foundation on a campaign called Stronger Than Cancer. The campaign seeks to raise awareness of cancer and will not only benefit me but also other people who need financial support when it comes to fighting cancer," he said in an interview with True Love last year.

Kekana rose to fame in 2014 when he partnered with his former friend, George Malelu, to launch Queteria & George. Together they were unstoppable, creating exquisite garments and dressing stars.

More in this category: « South Africans can now register for Disney+ & save on annual subscription. Singer Lira is recovering well after she suffered a stroke. »
back to top