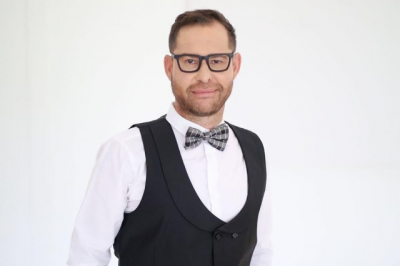 Aleit Swanepoel, the founder and chairman of The Aleit Group, has died. He was 47.

Swanepoel was the founder of The Aleit Group and was an innovative event organiser who also became known for his role as Miss World 2014 Rolene Strauss' wedding planner.

In a statement released by The Aleit Group on Instagram, "it said that Aleit passed away in his sleep "and while there is no further information to share at this moment, we ask that you keep his family in your thoughts as they go through this difficult time."

The statement further said: "Aleit was an innovator, perfectionist, and creative genius whose flamboyant persona and dedication will be greatly missed. We will continue to uphold and nurture his great legacy through all Aleit businesses and entities."

kykNET and friends and fans sent condolences on hearing of Swanepoel's death.

"Ons dink aan sy familie, vriende en kollegas in hierdie moeilike tyd (We say goodbye to a special man who has crept deep into the hearts of viewers over the years. Aleit, we will always remember your broad smile, spontaneity and passion for everything you do. We think of his family, friends and colleagues during this difficult time)," posted @kykNETtv.

Presenter Jeannie D commented: "Omg this is terrible! Sending so much love to his family and friends! ?."

Swanepoel, who was born in 1974 in Worcester in the Western Cape and studied at Unisa, forged a career in South Africa's hospitality industry, where he worked in several hotels and managed a 5-star restaurant in Stellenbosch. He worked at a wine company and in PR, after which he founded the Aleit Wedding and Function Coordination in 2002.

More in this category: « Trevor Noah pays touching tribute to his late grandmother. Ryan Kruger’s Fried Barry to debut on Showmax. »
back to top