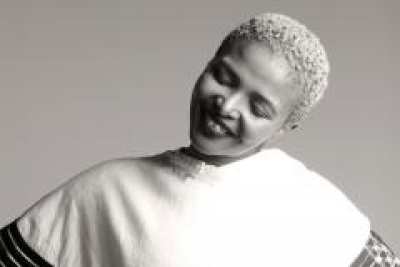 It's been almost 20 years since Simphiwe Dana touched our souls with her debut album, Zandisile. If you find that hard to believe, so does the Multi award-winning singer and songwriter. She points to her vocal evolution as tangible proof of her growth over the past two decades. Dana will be exploring the many amazing songs from her repertoire that she has not performed in her upcoming offering Isipaji Sika Simphiwe Dana presented by The South Africa State Theatre (SAST) on the Opera stage on 28 and 29 May 2022.

Isipaji sika Simphiwe Dana will be an opportunity for Dana to explore the various textures of her work to date; an intuitive, multi-layered effort from a mature artist at the top of her creative powers. Along with the inspiring arrangement she explored in her previous offering MOYA which premiered to a sold-out season in Johannesburg on 10 April 2022.

"Being consistent with anything for 18 years is a celebration and the success is a celebration, too. The creation of Isipaji sika Simphiwe Dana comes at the tail-end of a whole tumultuous era in my life, but it's still a nice thing to point at as something to celebrate. Fulfilment is not the right word, but it’s the best word I can think of right now. I feel this really grounded sense of accomplishment," says Simphiwe.

Dana's timely offering forms part of the SAST's celebration programme for Africa Month, a time when the continent commemorates the founding of the Organisation of African Unity (OAU), the now African Union (AU). The biggest theatre complex in Africa, with its Pan-African outlook, the SAST subscribes to the ethos which the AU was founded. Her feature proclaims an appreciation of the continent’s rich artistic excellence.

"Simphiwe is one of our best in the continent. After seeing Moya a month ago, I knew we had to have her at the SAST. Even better to have her during Africa Month, where we as an African people need to come together and engage and try to heal through song and good music. We always look forward to hosting her here," says SAST Artistic Director Aubrey Sekhabi.

Credited for creating some of the most thought-provoking songs of her generation, Dana continues to uphold the standard for singer/songwriters as a messenger for love, hope, compassionate humanitarianism and socio-political awareness  She plans to showcase songs from all her albums in her upcoming performance, sharing their compelling narratives as she continues to expand the canvas of her spiritual and lifestyle mission that has made her one of the most in-demand performers and speakers in the social space.

Simphiwe Dana invites her Pretoria audience on a journey into the many musical gifts in her bag. Tickets are available for Isipaji sika Simphiwe Dana on Webtickets from R250 to R300.

More in this category: « Inaugural Dashiki Dialogues presents a conversation with Selaelo Selota. "I am making progress" - Lira gives fans an update on her health after stroke. »
back to top