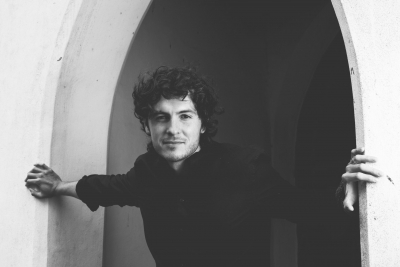 With the release of his two new singles, Wandel and Vlieers, he once again shows that his music only gets better with time.

Wandel , a pop ballad from his own pen, is about him and his wife, Danél. The artist believes that the song will appeal to a large audience, because it is so intimate and personal.

"Danél has always created a space of acceptance and healing, and there is nothing I cannot tell her. I am grateful for our journey together, which often feels like walking through forests, mountains and rivers, with the sound of the wind blowing in the trees and rays of sunlight beaming gently on the ground," he explains.

His second single, Vlieers, adds to the sentiment and is about the freedom and connection you experience in a relationship.

The purpose of this ballad, which he wrote with Liani Reynolds, is to inspire people – in relationships – to give each other space to dream and grow without losing their connection.

"I remember when Liani visited us on the farm to work on her album. It was a rainy summer evening and we decided to write a song together about the beautiful atmosphere that can exist in your relationships with others," he shares. "The image of a kite came up and suited the song perfectly. Even if a kite flies high up in the air, it is still connected to the person holding the string on the ground. It is symbolic of the freedom and adventure that can exits within a relationship."

Both songs are available on his latest album, Someraarde , and follows in the exciting footsteps of previous releases, including Arende , Sterrenet , Voshaarnooi , Vir Altyd , Die Wêreld Binne My and more, which have all been very well received.

Joshua na die Reën , a.k.a. Jacques de Villiers, shot to fame in 2014 with his self-titled debut album that won numerous awards. Since then, he has not only released several big radio hits, but also shared the stage with some of the country's biggest stars. He was also part of the music project, Musiek Soos Grond , in 2019 with his friends and fellow musicians Lizandra Winter, Len Muller, Kaleidoskoop, Leon Gropp and Liani Reynolds. In 2021 he also released a beautiful duet with Simoné Roets, called Ongerep .

When is not on stage, he enjoys exercising, being a dad and spending time outdoors. The past two years have taught him not to plan too far in advance, but to rather focus on making the best of each opportunity that comes his way.

Although it is uncommon to release two singles simultaneously, the musician wanted listeners to experience his two favourite singles at the same time. "They are not necessarily radio hits, but that has never been my main objective. I really want to expose listeners to all aspects of my music," he concludes.

Wandel and Vlieers are both available on his album, Someraarde here: