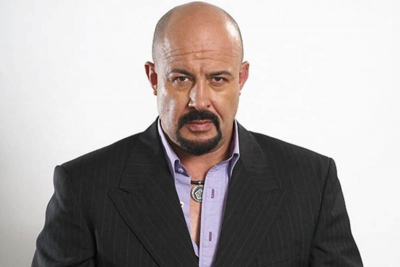 A close family member confirmed his passing to eNCA.

Bartlett was best known for playing the role of David Genaro in Rhythm City among others.

He was born to a South African mother and a British father in Maidenhead, England, in 1966.

Bartlett studied speech and drama at the University of Cape Town.

His first major role was in the US film American Ninja 2 before making numerous appearances in both international and local films.

Bartlett was married to actor Camilla Waldman, and they later got divorced; they had a son, Hector, together.

He was most famous for his TV character of Mike O'Reilly in Isidingo on SABC3 and had the distinction of appearing in scene one as the first character to ever speak in Isidingo.

After several years he moved on to Rhythm City on e.tv, playing David Genaro for which he won a Safta until the character got shot in February 2020. He was one of the judges during the 7th and 8th seasons of the reality variety competition series SA's Got Talent on e.tv.

Other TV roles included that of Richard Sterling in the second season of BET's (DStv 129) Black Tax and Family Secrets and a role in Jozi-H. He also appeared on TV in the 1996-series Homeland as Miles Wilson and in Screen Two as Dickie.

Most of  Bartlett's theatre work happened at the Market Theatre, where he appeared on stage in 1986's Cock and Bull Story, portraying a gay boxer and which won him a Vita Award for Most Promising Actor.

A year later, in 1987, he won the Vita Best Actor Award for his Market Theatre role in the satire East, after which he starred in 1990's Rainshark also at the Market Theatre.

He played the lead in The Great Outdoors and toured Switzerland with The Fire Raisers. He returned to the Market Theatre in 2011 for Death of a Colonialist as a 60-something history teacher, for which he won the Naledi Theatre Award for Best Performance by an actor in a lead role.