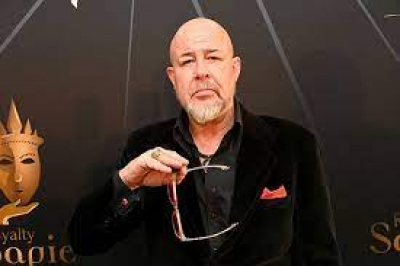 Jamie Bartlett's girlfriend Rosa Onious recalls her last moments after news of his sudden death sent shockwaves across the entertainment industry on Tuesday.

Onious said he had taken an afternoon nap, as he usually did when he was not working.

She said she tried to wake him up at around 17:00 so he could leave to meet up with his boys, but he did not wake up.

The mother and daughter then contacted an ambulance service that arrived within 15 minutes.

"They tried everything to resuscitate him, CPR, everything, but it was too late," she said.

"We got the autopsy results, and they said it was cardiac arrest," she said. Bartlett died in his sleep on Monday evening.

Tributes have been pouring in on social media since a family member confirmed Bartlett’s death on Monday evening.

"Devastating", is how "Black Panther" star Connie Chiume described it.

Chiume, who played Mamokete on e.tv's "Rhythm City", said Bartlett’s death is a "huge loss" to the entertainment industry across the world.

Taking to her Instagram page, "Indemnity" star Gail Mabalane wrote: "I never got to work with this icon … BUT…what an impact he has made … what a legend! ??? Prayers and condolences to your loved ones, Jamie. ? #RestInPeace".

"Generation: The Legacy" star Zola Nombona shared an images of her and Bartlett and simply captioned the post: "Forever in my heart ?."

Reality TV star and author Mome Mahlangu also conveyed her message of condolences to the family. She wrote: “I’m in disbelief of my morning @realjamiebartlett ☹️?? I’m so sorry @rosa_lixious we were seeing u guys next week ?”

She continued: "We had the realest conversations all the time ... one of the conversations that you were concerned about was lack of support in the industry and more competition, that’s why there are no solid relationships and more mental health issues and we are too judgemental to share or break down but hold it up for fans to think u ok.

The National Arts Festival also paid tribute to the theatre legend. "It is with great sadness that we learned today of the passing of Jamie Bartlett. Jamie was best-known for his 'bad-guy' roles on screen but theatre was very close to Jamie’s heart, and he often worked closely with the Market Theatre, cast in projects that shone a spotlight on the injustices of apartheid," read the statement shared on the NAF official Instagram page.

"Our deepest condolences to his family and loved ones – he will be sorely missed by the arts community."

Bartlett is best known for his roles as Mike O’Reilly on SABC 3's "Isidingo" and David Genaro on e.tv’s "Rhythm City".

He won Best Actor in a Soap award at the South African Film and Television Awards on three occasions and was nominated five times in total.