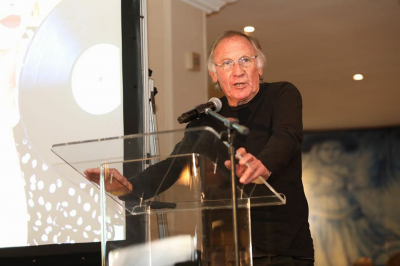 Veteran broadcaster, John Berks whose career spanned over 40 years has passed away aged 80 after a long illness.

Berks was born in Krugersdorp on 24 September 1941 and grew up in Klersdorp.

He was also known as the original South African prankster.

From an early age, Berks would listen to the radio at any opportunity that presented itself, spending hours perfecting the mimicking of great commentators, holding a tablespoon up to his mouth as he spoke, all while setting his mind on a career in radio.

Through a series of coincidences, his lucky break finally came and he was employed by the fledgling commercial station LM Radio in Lourenco Marques (now Maputo).

Pioneering modern radio in South Africa, he broke new ground in radio broadcasting through his hilarious parodies of situations, phone calls to unsuspecting victims, his 'characters' such as 'Jan Sweetpak' and others, his humour and development of talk shows and techniques used by many today.

Berks is being remembered as one of the most listened-to broadcasters in the country's history.

Berks, along with Stan Katz — went on to help set up the Primedia operation and become something of a local media mogul — has been a forerunner of a new kind of American-inspired radio in South Africa.

He has fought for independent radio; spoken candidly about his salary as the country's best-paid jock in order to set new standards; led the race to establish radio's cult of the personality; and he became the first broadcaster to drop the canned applause and go live with a talk show, airing views that are singularly personal.

"Love him or hate him" is the phrase that most journalists like to use to precede the name John Berks. And it is more often than not women who apply it; those who love him and those who hate him; those who queued up outside the studio offering gifts and those who call him a sexist pig for the way he handled women callers on his show. Or those, like fellow talk host the late John Qwelane, who would tend to agree with listeners who called Berks racist.

More in this category: « SAMA28 announces nominations for three categories. Lebo M to perform at Queen Elizabeth's Platinum Jubilee. »
back to top