Kelly Khumalo at the peak of her career in S3 of her reality series. 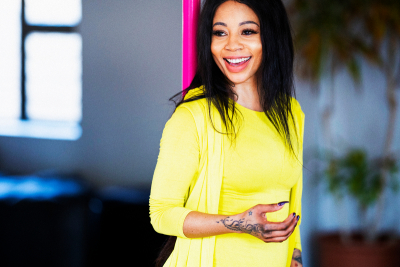 The new season launches next month and picks up with the #KellyKhumalo trending on Twitter in April 2022, the release of the true-crime documentary series about the death of Senzo Meyiwa, and the soccer star’s trial about to start.

Despite ongoing conspiracy theories, Kelly's career has been thriving with her Sama-nominated album The Voice of Africa going gold, the Afrima-nominated Empini becoming the biggest hit of her career and going quadruple platinum, Esphambanweni snatching double platinum, and Ngathwala Ngaye also achieving the platinum status.

Fans will also see Kelly working on her most anticipated album while growing her business empire, which already includes Controversy Gin and Kelly Khumalo Skin by Bioquantine.

Season three of the reality TV show will also spill the tea on how she feels about Meyiwa's family, Jub-Jub's (baby-daddy Molemo Maarohanye) Mother's Day posts on social media, and Brenda Mtambo.

Watch Season 3 of Life With Kelly Khumalo first on Showmax, with new episodes every Tuesday, from 5 July 2022.

More in this category: « Lebo M to perform at Queen Elizabeth's Platinum Jubilee. Mangaliso Ngema denies rape allegations, while Queen stands her ground. »
back to top