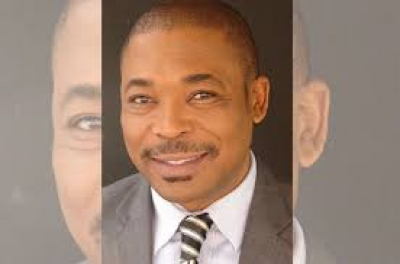 Actor Mangaliso Ngema is being accused by his cousin of raping her multiple times.

But he denies the accusations saying his cousin, who he calls his sister, suffers from a mental illness.

Queen Ngema (36) recently opened up to Drum accusing her cousin and actor Mangaliso Ngema (51) of rape, which allegedly happened three times at his home after he offered to comfort her when her son died.

She described the experience as traumatic.

Mangaliso and I are cousins, his father and my father are brothers. My father died in 2005 and my mom in 2012. We grew up in the Ngema farm in Mpumalanga being very close, "she said.

"I called him my brother because he always had a soft spot for me. When my father was still alive, he was uncomfortable about how Mangaliso was so fond of me, but I took it lightly because he was my family."

In 2009, Queen says her son died in a car accident and Mangaliso offered his home while she recovered from the trauma.

"I had two kids and I am left with a 10-year-old daughter. Mangaliso saw I was hurt by my son’s death and asked me to come and live with them while I get my life together. He was very supportive," Queen says.

She details how when she arrived at the actor's home he was welcoming and took care of her.

"The first two nights were in 2009 and then 2010 once when he tried during the day. The wife was working overseas most of the time. The people would be there. The auntie was there staying in the outside room. The girls were still young in primary school. I am not sure if aunty saw anything, "she said.

"We were in the lounge. He carried me to his room. I suspected he used his muthi to soften me up but I’m not sure. I was very skinny then and he would tell me that for a skinny person, I had smooth and soft skin. When he first kissed me, he said I was a bad kisser. I had never heard that from my boyfriends. But he knew what he was doing. He would touch me and tell me we have chemistry and that if I wasn’t his sister, he would marry me. He said I can change my surname and we can get married. It wasn’t normal."

On 8 June, Mangaliso was arrested and spent two nights in a holding cell, and released on R5000 bail.

After his release, he took to social media to respond to the allegations, calling his cousin mentally unwell.

"Friends and family, it is with deep sadness that I share this post. I'm sure many of you have seen the disturbing news about my sister Queen and her allegations. Please be aware that it is not true," he says.

"My sister has not been well since the end of April this year. She was admitted to hospital for psychotic behaviour, but she refused psychiatric treatment and absconded from the facility."

Mangaliso says, Queen has not only accused him of rape but also close friends and other family members of the unimaginable.

"She has been on a rampage"since then, accusing everyone, her family and friends, of various shocking things. It seems like she has been taken over by bad spirits. We are all dumbfounded by this,"he says.

"All I can say for now is that the allegations are not true, and we are deeply concerned as her family and friends. She seriously needs help, and we continue to pray for her well-being. Queen is a good person who loves her family, and the real Queen would never put people she loves through what we are currently going through."

Since Mangaliso’s response, Queen has also released her own statement, stating she does not suffer from any mental illness.

"Yes, I admit that my brother was a good person before asking me to move in with him in 2009 after my son passed away in a car accident. He was a sweet brother, he started becoming a monster when he forced himself on me, and plus, he was using witchcraft on me and turning me into a zombie, and agreeing with anything he says and what he does. While he knows that he wanted ukuthwala = sacrifices, "Queen's statement reads.

"I am not crazy, and I was never diagnosed crazy, he's trying to clear his name by defending himself so he will do anything to get away from this trouble and it is not the first time, the last time he tried to clean his name when Lorraine (Actress) opened a case against him."

Mangaliso will appear in court on 4 August on rape charges.

More in this category: « Kelly Khumalo at the peak of her career in S3 of her reality series. Miss South Africa 2022 top 10 finalists have been announced. »
back to top