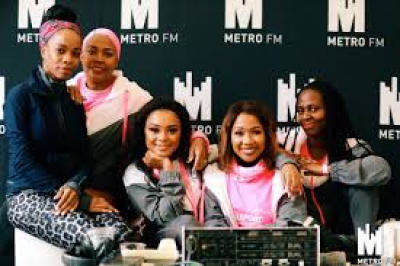 Ranaka, who’s been been hosting “The Bridge” on Metro FM, confirmed in a press statement she will be exiting the station on Friday, June 17.

"After four years, Dineo Ranaka’s time at Metro FM has come to an end," read the statement.

The media personality said she would be focusing on her music career and podcast, however, Kaya959 would later confirm she’s joining their station.

Ranaka is not the only new addition to the Kaya family, the station announced that "Podcast and Chill with MacG" co-host Sol Phenduka will also join the team, effective July 1.

In a statement issued by Kaya 959, managing director Sibongile Mtyali welcomed the duo to the station.

Mtyali added: "Her radio savvy, dynamic personality and life experience, coupled with Sol’s sharp wit and broad knowledge are just the combination Kaya959 needs to make a mark with the Code-Switcher who is on a journey to advance themselves."

This is in line with the station’s needs of their listener and business.

"We will be announcing further Kaya 959 line-up additions on the 1st of July 2022," they concluded. The station didn’t say which time slot Dineo and Sol will fill.

The pair are set to be shown the door by the station by the end of June due to the poor show ratings.

More in this category: « A tell-all interview between Mohale and Aldrin coming soon. Thapelo Mokoena is not a nice guy in a new Showmax horror series. »
back to top