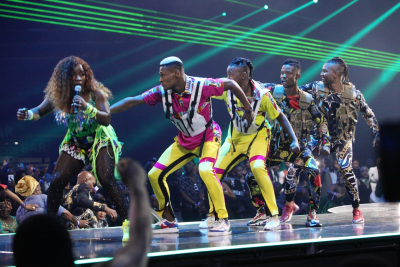 Amapiano superstar Kabza De Small won big at the DStv Mzansi Viewers' Choice Awards,He walked away with the Favourite DJ and Favourite Rising star awards but He missed the ceremony and thanked fans for their support in a video message played at the awards.

Ukhozi FM DJ Khathide ‘Tshatha’ Ngobe bagged the Radio personality of the year and He also received the most votes in total and walked away with the night's big prize: the Ultimate Viewers' Choice Award.

The awards, held at the TicketPro Dome in Northgate, Johannesburg.

The Lion King producer Lebohang “Lebo M” Morake was honoured with the Legend Award for his contribution to the entertainment industry.

More in this category: « Brian Willan Joint Winner for Best Biography at the Human and Social Science Awards. SAFTAs14 ceremony cancelled due to COVID19 outbreak. »
back to top