Thapelo Mokoena is not a nice guy in a new Showmax horror series. 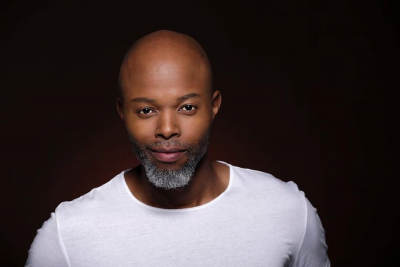 In the Showmax Original horror series Pulse, launching on Thursday, 23 June 2022,Thapelo Mokoena plays Errol, a game producer who discovers that survival is no longer just a game when an electromagnetic pulse bomb fries every electrical circuit in his office high-rise – and people’s heads.

He shares a bit about the project.

What is your claim to fame?

I'm just an individual trying to live a life of purpose. I'm somebody who grew up on a farm, in a small farming town, where everything that was exciting was heard about, read about or seen on TV. All I ever wanted to do was go out and see, go out and touch, and go out and take some. I'm somebody who's really been adamant about conquering and unveiling those dreams, making them become a reality. I am like my people, the Crocodile Clan, otherwise known as the Bakoena. We are resilient and we are seekers.

How would you describe Pulse?

Pulse is a journey that introduces you to the different types of people we interact with on a daily basis – their strengths and weaknesses, the highs and lows, the securities and insecurities – through the world of gaming. Every member of society is revealed to us through the world of these games, and heightened after they've been changed by the electromagnetic pulse bomb.

What attracted you to the project?

I read this and I said, "Man, this is crazy. What the hell is this?" But man, I love it. I care. I'm interested. I like what they are saying and how they see it. Most of all, I like this character.

I was trying to step out of doing these safe roles that we normally see on our screens. I get a lot of offers to do romcoms, to play the ladies' man or the guy who ends up with the girl, but it's not what I'm about. I'm an actor and I'm always looking for a range of diverse extremes.

I had called my agents locally and internationally and said I'm not doing any nice guy roles for another two or three years. I'm not interested. I'd rather go without work if it's not the right kind of bad guy or crazy guy. And this character was exactly what I prayed for. I was like, "Lord, this is what I've been asking you for, for so long."

Errol is complex. He's got so much range. He doesn't mean any harm but all he does is harm when he opens his mouth. He doesn't mean to be an asshole, but he just happens to be. He's a straight shooter. He doesn't think before he speaks.

Are you a gamer?

My brother is into gaming but I'm not. I'm a nature baby. I'm outdoors cycling, running or whatever.

Part of my trade and part of my skill set as a performer is to step into different worlds and into the shoes of different people to make them come to life. So going into this world of gaming that I know absolutely nothing about, that challenge was already special for me.

Being a kid, seeing kids who love to game and play Street Fighter and Mortal Kombat at the spaza shop was always fascinating. I used to enjoy Street Fighter a bit, but it wasn't for me. I'd always get out early and go play football or whatever outside. But I always found those kids interesting; they'd do anything to get a fifty cent coin to go to the arcade machines.

Errol is determined. He is driven. He is resilient. He's a fighter. He's a winner at heart. There is no question of how far he'll go to make sure that he succeeds, wins or gets his way. For me, that was what took it to the next level, where I can identify with this guy.

I felt like there was so much I could offer him as a black performer, especially because of the world of gaming in the township, in Soweto, in ekasi, compared to the rest of the world. That's his backstory. He grew up in a time where there was that one spaza shop in his township area that had one machine that all the kids came and played on. There were no TV games. One rich kid in the township had a TV game console, but that was it. So I know this kid. I saw versions of him every day. So I wanted to tap into that world to bring him to life.

How much research did you do to prepare for the role?

When you develop or build characters, you borrow from what is familiar and you marry that to what the story is trying to say. You accessorise and garnish with the gems you pick up from research.

In this case, Sallas [multi-award-winning director Sallas de Jager of Dominee Tienie and Free State fame] shared as much as he could and I took to the internet from 2019. I was reading up on stuff. I started watching a lot of content based around gaming, the dark web, the dark internet ... those types of shows. I started watching a lot of gaming shows I'd usually not watch. Now, I can't stop!

Gaming is a global concept but we're telling that African story. It's a gaming world set in the thick of Johannesburg and these characters we can identify with, taking on such a big concept. I started marrying that to the world that is Newtown, Maboneng (which is where Pulse is set). I know the space. I made Ayeye there for a year and I lived there every day. I was there. I know the way of those streets. I know the taxis. So the research got me excited because we are actually telling an African story.

The research became so easy for me because I thought, "Now forget everything you've seen about gaming; just go back home to your background as a black South African child in the townships. Go back there and all the answers will be there."

More in this category: « Dineo Ranaka quits Metro FM to join Kaya 959. Spring Fiesta returns for another hot edition & jam-packed lineup in October »
back to top