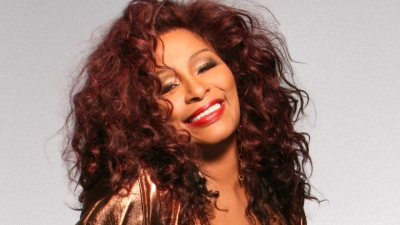 Today is Chaka Khan’s birthday,She was born Yvette Marie Stevens,on March 23, 1953, in Great Lakes, Illinois, singer Chaka Khan achieved great success as part of the soul-funk band Rufus, delivering hits like "Tell Me Something Good," "Sweet Thing" and "Hollywood." She embarked on a solo career in the late '70s and made waves on the charts again with tunes like "I'm Every Woman," "I Feel for You," "This Is My Night" and "Through the Fire." A phenomenal vocalist, Khan has won numerous Grammy Awards.

Twice married and divorced, Khan gave birth to daughter Milini in 1973 and son Damien in 1979.

Toward the end of the 1990s, she established the Chaka Khan Foundation, which provides education programs to at-risk children and helps low-income families with autistic children.

In 2004, Khan faced a personal tragedy when Damien was arrested and charged with murder. He and a friend had been fighting in her home when Damien accidentally shot the other man. Rallying her family together, Khan attended the trial and testified on her son's behalf. He was found not guilty in 2006.

In July 2016, Khan announced that she and her sister Yvonne (aka Taka Boom) would be entering rehab due to prescription drug addictions, having been moved to do so after the overdose-related death of Prince.

"The tragic death of Prince has had us both rethinking and reevaluating our lives and priorities," Khan said in an official statement. "We knew it was time to take action to save our lives. My sister and I would like to thank everyone for their support, love and prayers."

More in this category: « Riding a sipphire black beast into the platinum heartland. Lionel Richie pays tribute to Kenny Rogers in an Instagram post. »
back to top