Metrofm plans to maintain the current line-up with a few minor additions. 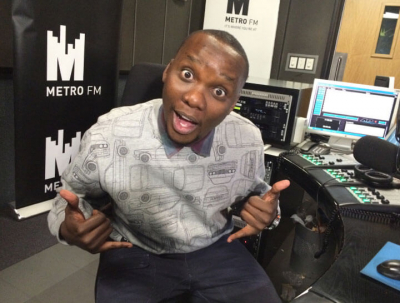 Metro FM will introduce its 2020 line-up on Wednesday.

2019 saw Metro FM deliver its highest audience figures in four years, and the station plans to maintain the current line-up with a few minor additions.

"The Morning Flava" hosted by Mo Flava (Moeti Tsiki) and the MOP team, will continue to set the daily scene weekdays between 05:00 and 09:00. The show is followed by "The Bridge" with Dineo Ranaka, Lerato Kganyago and Somizi Mhlongo-Motaung from 09:00 to 12:00.

Lunch is still served with Thomas and Pearl between 12:00 and 15:00. "The Kings Suite" sees a new addition in Lindi Sirame, who is no stranger to drive-time radio. Lindi, who is currently with Newsroom Afrika brings a wealth of knowledge and sassiness to the show.

The station further introduces two developmental slots aimed at setting up new and young talent for the future at Metro FM. These are new weekend programmes from 02:00 - 04:00 (The Lift) and 04:00 - 06:00 (Club with Mat Elle), hosted by Rorisang Thandekiso and Nthabeleng Matela respectively.

Rorisang is a well-known TV personality, content producer, speaker and singer who was first introduced to the South African entertainment industry when she joined Yo-TV. Nthabeleng Matele joins Metro from hosting the afternoon drive show on Tuks FM.

Lootlove (Luthando Shosha) joins the weekend breakfast, "THE WKNDR" with MoG (Mpho Madise), leaving DJ Speedsta (Lesego Nkayiseng) to host the now two-hour long show, "Absolute Hip-Hop" by himself. Another WKNDR edition is Chante Jantjies, currently a news anchor on SABC TV. She will bring a news and current affairs flair to the show.

The Sunday love movement continues to reign supreme from 09:00 to 21:00 following the "Sacred Space" with Thami Ngubeni and Khaya Mthethwa, closing the week with the "Urban Jazz Experience" with Nothemba Madumo.

More in this category: « DSAC finalised the process to identify beneficiaries of a R150 million relief fund. Boyz II Men confirmed that their South African tour will be postponed until March 2021. »
back to top