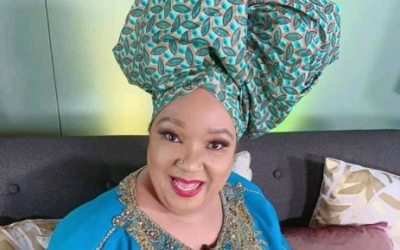 Mashego popularly knows as V-Mash was currently a host of Bheka Sik’bambile on Moja Love.

The family said Mashego passed away in her sleep.

V-Mash, as Mashego was affectionately known, was a prominent actress on various Sepedi SABC dramas in the 1980s.

But it is as a presenter on music show Jam Alley that she is most famous for, so much so that even today, popular catchphrases such "azange bangani" she coined are still used and instantly linked to her.

Fans and media personalities have remembered her as a trailblazer in the industry.

UPDATE: You came back to say goodbye.

Thank you for your talent & being a trailblazer.

Thank you for being happy to see young talent take the baton on!

#RIPVMash
Last shoot day with you.
You were so emotional but pushed through the pain. Said you would deal with it later.
Always had jokes, calls never anything under 15 min, bombarded with messages to always call you back.

More in this category: « South African film won the Best Animation at International Emmy Awards. R Kelly denied bail after trying to secure release because of coronavirus. »
back to top