R Kelly denied bail after trying to secure release because of coronavirus. 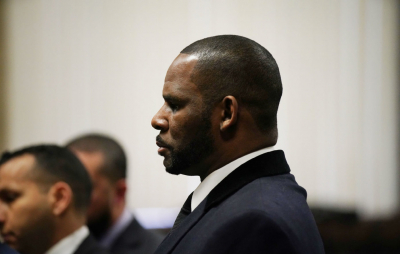 Singer R. Kelly was denied bail earlier this week. His lawyers had requested that he be released from jail in New York due to the coronavirus outbreak.

In her reasoning, U.S. District Judge Ann Donnelly in the Eastern District of New York said: "While I am sympathetic to the defendant's understandable anxiety about Covid-19, he has not established compelling reasons warranting his release,".

Donnelly further added that he is in custody because of “risks that he will flee or attempt to obstruct, threaten or intimidate prospective witnesses.”

According to CNN,to mitigate his application the 53-year-old told the court he had surgery during his jail stay, in reply to that the judge noted: "He does not explain how his surgical history places him at a higher risk of severe illness." The reason for the singer's surgery was not mentioned in court.

He has been in jail since July after being arrested on a 13-count federal indictment. He’s pleaded not guilty to multiple charges in Illinois, Minnesota and New York, including racketeering and several sexual assault and abuse charges.

More in this category: « Former Jam Alley presenter and actress Vinolia Mashego has passed away. The South African entertainment industry has lost yet another favourite persona. »
back to top