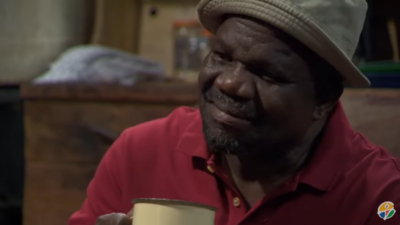 This was according to his mentor and retired broadcaster Paul Rapetsoa after Maja, who played the role of Big Boy Mabitsela in the popular SABC drama died after a suffering a stroke.

Maja's acting journey began in the 1990s. Rapetsoa said Maja was not your typical radio actor who just read a script. He was a master of assimilation, an important technique in acting.

The 54-year-old actor was known and loved for the role he played as Big Boy Mabitsela on SABC 1’s drama series Skeem Saam. He was also on SePedi radio station Thobela FM where he played various roles in the station's drama slots.

Skeem Saam’s publicist, Sumaya Magola, said Charles' daughter had confirmed the news of his death and that his family was devastated.

Through his role on Skeem Saam, Charles stole the hearts of South Africans many of whom admitted he was the reason they were loyal viewers of the show.

You may be gone for now but you live forever in our memories and in our hearts.
Thank you so much for who you were, we love you and we wish you a peaceful sleep.

Tweet
More in this category: « R Kelly denied bail after trying to secure release because of coronavirus. Easter weekend in lockdown – stay entertained with Free MTN digital services. »
back to top