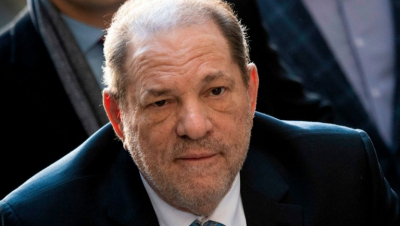 Disgraced movie producer Harvey Weinstein has recovered from coronavirus and has been released from isolation.

The report was confirmed by Weinstein spokesman Juda Engelmayer, who said: “As of now, it’s been 14 days since reports of concern from people inside the prison, and he has no symptoms and no issues.”

“Weinstein had a fever and cough. The man is in poor health normally speaking, and has multiple preexisting conditions. Honestly, I was very concerned. I can’t believe he made it through this. I was definitely thinking this would be the end of him,” the source said.

He tested positive for the coronavirus while serving a 23-year sentence for rape and sexual assault. He was hospitalized with heart issues in recent weeks, and was diagnosed and quarantined just days after being transferred to New York state’s maximum security Wende Correctional Facility near Buffalo.

Weinstein, the Oscar-winning producer of “Shakespeare in Love,” was convicted of raping an aspiring actress in 2013 and forcibly performing oral sex on a TV and film production assistant in 2006. His lawyers have said they will appeal.

Tweet
More in this category: « Steve Harvey expressed excitement as the countdown started to the first episode of the local version of Family Feud. Andrea Bocelli performed a solo Easter concert from an empty Milan Cathedral streamed live to millions of people. »
back to top