Watch: The Radio Awards winners have been announced for 2020. 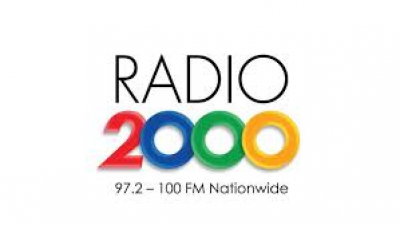 Winners of The Radio Awards 2020 were celebrated in an online awards ceremony hosted by popular comedian Loyiso Madinga on Friday 17 April 2020.

The Radio Awards, now in its tenth year, is the leading recognition platform for celebrating outstanding talent in the South African radio industry.

This year’s Station of the Year Awards went to Kaya 95.9 FM (Commercial), Hot 91.9 FM (Community), Radio 2000 (PBS), and Tuks 107.2 FM (Campus). Winners were determined by the number of times they appeared as a finalist across all general categories of The Radio Awards.

“Congratulations to all of the finalists, and especially the winners for producing dynamic, captivating radio for the South African listening audience,” said Taryn Westoby, Head of Arena Events which manages The Radio Awards. “It’s been a challenging period in the face of the COVID-19 pandemic, and making The Radio Awards happen this year – albeit on an online platform – has meant that the tireless work of radio stations around the country can be highlighted at a time when good news is really welcomed.”

A record number of entries (more than 2 000) were received from a record number of stations (more than 160) in this year’s edition of The Radio Awards. Entries were adjudicated by a team of 54 judges, and reviewed by BDO South Africa, the newly appointed auditors for The Radio Awards. More than 80 award winners were celebrated across 25 categories.

“This year’s awards would not have happened as successfully without the firm commitment from numerous individuals. We’d like to thank the members of our advisory board, the adjudication panel, BDO South Africa and members of the NAB for giving of their time to ensure The Radio Awards remain relevant, credible and independent. A high bar has been set for 2021, and we look forward to the year ahead,” concludes Westoby.

More in this category: « Harry and Meghan donated R2 million to charity amid Covid-19 crisis. Watch Live:Lupita Nyong'o, Sho Madjozi, Cassper Nyovest, Black Coffee are all set to appear in Global Citizen's concert. »
back to top