Whitney Houston Biopic I Wanna Dance With Somebody Announced. 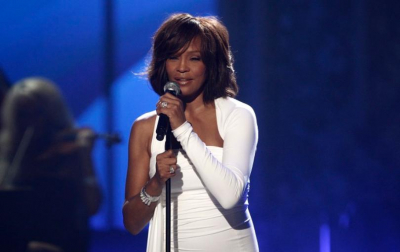 In this Nov. 22, 2009 file photo, Whitney Houston performs at the 37th Annual American Music Awards in Los Angeles. A feature film about Houston’s life is in the works from Anthony McCarten, the screenwriter of “Bohemian Rhapsody.” The biopic is being shepherded by the Whitney Houston Estate, music producer Clive Davis and Primary Wave Music, the partners said Wednesday. (Source: AP Photo/Matt Sayles).

The Oscar-nominated screenwriter behind Bohemian Rhapsody and The Two Popes has been lined up to write and co-produce a new feature film on the life of Whitney Houston, US media reported Wednesday.

Anthony McCarten will join forces with the Whitney Houston estate and Grammy-award winner Clive Davis, the man who signed the star to her first recording contract, according to Deadline.

They are negotiating with Stella Meghie to direct the biopic I Wanna Dance With Somebody, the website reported. Meghie retweeted the Deadline story.

Houston died in 2012 aged 48, drowning in her bathtub after ingesting a large amount of cocaine.

Despite a career marked by drug addiction, she remains one of the great voices of R'n'B and popular music in the last 30 years.

More in this category: « Watch Live:Lupita Nyong'o, Sho Madjozi, Cassper Nyovest, Black Coffee are all set to appear in Global Citizen's concert. A must-watch this Freedom Day: Zupta documentary 'How To Steal A Country'. »
back to top