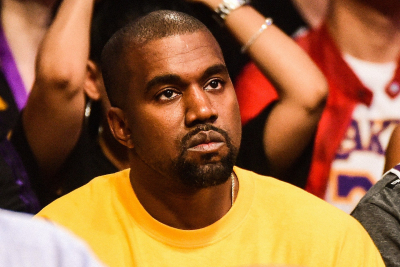 Kanye West is officially a billionaire, according to Forbes.

The magazine said the rapper and fashion designer, who has long coveted the status, gave it a glimpse into his personal finances, which led it to value his net worth at $1.3bn (£1.04bn).

Forbes officially declared West a billionaire in an article published by Zack O'Malley Greenburg on Friday. Much of his fortune comes from his 100 percent ownership of the Yeezy branding, which he negotiated as part of his wildly lucrative apparel deal with Adidas.

The Yeezy 350 designs have become perhaps the most sought-after shoe on the market, regularly selling out releases in just seconds and selling for two or three times their price on resale websites.

West said he's been a billionaire for more than a year but did not provide any financial books to Forbes to prove his net worth. When Forbes omitted West from their 2020 billionaires list, West was reportedly incensed.

"You know what you're doing," West texted. "You're toying with me and I'm not finna lye [sic] down and take it anymore in Jesus name."

Kanye's team later provided Forbes with the deepest financial look into his Yeezy Inc. brand, which showed that his net worth is about $1.2 billion—not quite the $3 billion he's claimed but still a sizable chunk nonetheless.

More in this category: « Dj Black Coffee Teams Up With Minnie Dlamini Jones For Home Brewed 003. Family Feud rocks the airwaves as 947 and Kaya FM take on each other in a charity drive. »
back to top