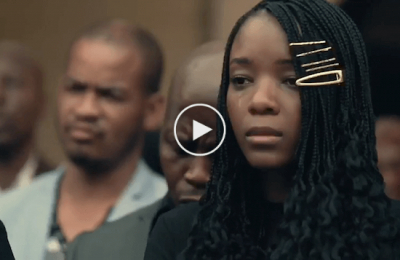 Gomora, How To Steal A Country, (Sh)e, Loving Thokoza, The Beautiful People, Kings of Mulberry Street.

GOMORA | Binge the first 20 episodes; new episodes at 8pm on weekdays from 25 May

Last month Gomora dethroned The Queen as the most-watched show on DStv, with over 2.5m viewers for a single episode on Mzansi Magic. The twisty telenovela stars SAFTA winner Katlego Danke (Isidingo, Generations) as Thathi, a spoiled trophy wife whose posh Sandton life is stripped away in an instant. With no money and no job, Thathi is forced to pull her teenage kids out of their private schools and enrol them in a public school in Alexandra. They also have to move back in with her mother, Mam'Sonto (SAFTA winner Connie Chiume from Black Panther), a woman whose strict standards and grandmotherly care for her family mask her true nature as the queen of crime in Alexandra.

The all-star cast also includes SAFTA winners Themba Ndaba (The Queen, Hopeville) and Zolisa Xaluva (Sew The Winter To My Skin), as well as Blood & Water star Ama Qamata and Thembi Seete of Boom Shaka and Zone 14 fame, but it's the fresh faces, like Ntobeko Sishi and Siphesihle Ndaba, that have really got Twitter buzzing.

Gomora was created by executive producer Kutlwano Ditsele (The Herd) with Gwydion Beynon and Phathutshedzo Makwarela of Tshedza Pictures, who brought us the two most-awarded shows at the 2020 SAFTAs: Best Drama winner The Republic and Best Telenovela winner The River, which was also up for an International Emmy last year. Amanda Lane (Is'thunzi) is co-creator.

The first 20 episodes of Gomora are available to binge now, with new episodes coming to Showmax at 8pm on weekdays from 25 May 2020.

HOW TO STEAL A COUNTRY | First on Showmax

With the Emmy-winning Miners Shot Down and One World Human Rights Documentary Film Festival winner Everything Must Fall, Rehad Desai made the definitive documentaries on Marikana and #feesmustfall respectively. Now, in How To Steal A Country, co-directed by Emmy winner Mark J Kaplan (The Village Under The Forest, The Lion Sleeps Tonight), Desai turns his unflinching gaze to another defining moment in South Africa's recent history: the rise and fall of the Gupta family.

As editor Ferial Haffajee puts it in the documentary, "They came here as traders. They sold shoes out of the boot of their car... And they left here as multi-billionaires." Desai's take on how they accomplished that is a suspenseful detective story uncovering one huge bribery scandal after another, involving the top echelons of political power and several well-known multinational corporations.

Rave reviews have called How To Steal A Country "an excellent documentary, one of the best ever made in our country" (Leon van Nierop in Rapport); "nothing short of remarkable... the definitive example of speaking truth to power so that this can never be allowed to happen again" (John Harvey, Dispatch news editor); and "essential viewing for all South Africans" (Spling).

Winner of Best Feature Film at Jozi Film Festival in 2019, (S)he is a 52-minute film from Sean Steinberg, who also made the award-winning short Axis Mundi and wrote on hit series like The Girl From St Agnes and iNumber Number.

Enhle Mbali Mlotshwa (Isidingo, uHambo) stars as Charlotte Grootboom, a recently graduated English teacher who comes to Johannesburg to stay with her uncle (SAFTA winner Hamilton Dlamini from Isithembiso and Five Fingers For Marseilles), while she looks for a job at a Model C school. Unable to find work, she instead takes a teaching job at an Apartheid-ravaged school in Thokoza, where she fights to set up a debating society.

Loving Thokoza is also a love story set in a time of uncertainty, as Charlotte falls for ex-APLA comrade Moscow (SAFTA winner Mduduzi Mabaso from Rhythm City), who is struggling to find his place in this unstable new South Africa.

Loving Thokoza was shot in just nine days with all new heads of department promoted from within Black Brain Pictures.

Evodia 'Madam' Mogase and her daughter, Mercy, walked off the set during The Real Housewives of Johannesburg reunion – and into their very own Mzansi Magic reality show, now streaming on Showmax.

With a touch of glam, a lot of love, and Madam's trademark wit, the 13-episode reality format follows 'the Versace girls' and their uncompromising love for the finer things, from surprise birthday boat cruises to Versace charity parties to shopping sprees. But it's also an intimate glimpse into fertility struggles, lobola negotiations, and their unique mother-daughter bond.

The first season of Madam and Mercy also features those closest to the duo's heart, including Madam's baby girl, Princess, as well as her other half, Peter.

THE KINGS OF MULBERRY STREET | First on Showmax

In 1980s Sugarhill, gangsters reign supreme, taking what they want and bullying the local Indian community. But two nine-year-olds - cheeky Ticky and timid Baboo - decide to go up against the crime lords and protect their families.

Directed by Judy Naidoo and shot largely in Verulam and Tongaat in KwaZulu-Natal, The Kings of Mulberry Street was the ninth biggest South African film at the local box office in 2019 and also screened at Schlingel, one of the main children's film festivals internationally.

Nearly 66% of the 2020 SAFTA winners in the TV categories are available to binge now on Showmax, with more to come soon. This includes all the telenovela winners, 12 of the drama winners out of 13, and the best reality show (Living The Dream With Somizi), natural history (Stroop), lifestyle (Elders: Japan) and variety shows (Mooi), as well as the best documentary (Buddha in Africa) and short film winners (The Letter Reader).

With 10 awards, The River was the most-awarded series overall at the SAFTAs – for the second year in a row. This follows its International Emmy nomination last year.

Set against a backdrop of the dirty business of diamond mining, 1Magic's thrill-a-minute telenovela The River sees two different but interdependent worlds collide in spectacular fashion. One side of the river is home to exquisite mansions populated by society's upper crust, like the Dlaminis, who will go to any lengths to maintain their wealth; the other by those, like the Dikana family, who have little to show for their hard work.

With seven awards, The Republic was the most-awarded drama series, and the second-most awarded series overall. Set in an alternative present-day South Africa, where presidents are jailed for corruption, The Republic follows the country's first female president, Lufuno Zandile Mulaudzi (Africa Movie Academy Award winner Florence Masebe in a SAFTA-winning performance), who's kidnapped by the Dogs of Soshanguve while trying to apologise to the township residents for her government's failings. Four-time SAFTA winner – and 2020 DStv Mzansi Viewers Choice Awards Favourite Actor winner - Warren Masemola (Tjovitjo, Vaya) was nominated again as Thabang Manaka, a fallen hero trying to make amends for his past mistakes, Seputla Sebogodi won Best Supporting Actor as a leader of the Dogs of Soshanguve, while Hlomla Dandala (The River) was also nominated as the deputy president.

In addition, The Republic took home Best Drama as well as craft awards for Directing, Scriptwriting, Cinematography, Sound, and Music.

Other SAFTA winners you can stream now on Showmax include:

Randal Hendricks (Irshaad Ally from Suidooster) is a recent paraplegic, trapped in his apartment. After being given binoculars by his devoted girlfriend, Pam (Monique Rockman from Die Spreeus), he witnesses a murder committed by a powerful criminal, Lawyer (David Manuel from Noem My Skollie). In debt to a sadistic loan shark (Danny Ross from Suidooster), Randal initiates a treacherous blackmail scheme...

Nommer 37 was the only African movie in competition at SXSW in 2018 and went on to win Best Director at Fantasia and Best Editor at the SAFTAs, among other accolades.

A New York Times' Critics Pick, Nommer 37 was hailed as "a gripping, well-constructed thriller" by The Los Angeles Times, as "richly satisfying... a singularly crafty and strikingly well-crafted thriller that signals the arrival of a promising filmmaking talent" by Variety, and as "exhilarating" and "heart-stopping" by Shadow & Act.

Other classics not to miss on Showmax include the movies Ellen and Noem My Skollie, directed by Dumisa's fellow Blood & Water director Daryne Joshua, and the hit kykNET soap operaSuidooster, created by Blood & Water's production company Gambit Films, which won Best Actress in a TV Soap for Denise Newman at last month's SAFTAs.

Tweet
More in this category: « Jozi vs Durban,Principals on motorbikes,A boardgame champion and A wife fearing team captain...Put in the same studio and watch the sparks fly. Watch Live:Africa Day Benefit Concert At Home Hosted by Idris Elba. »
back to top