Liberation is a noble cause without which we have no reason to live if we cannot fight to attain it – read a statement accompanied by the names of 70’s student leaders, Khotso Seathlolo and Tsietsi Mashinini, on the back of a t-shirt of an attendee at the book launch of author, Gaongalelwe Tiro’s Parcel of Death, at Exclusive Books, in Rosebank. 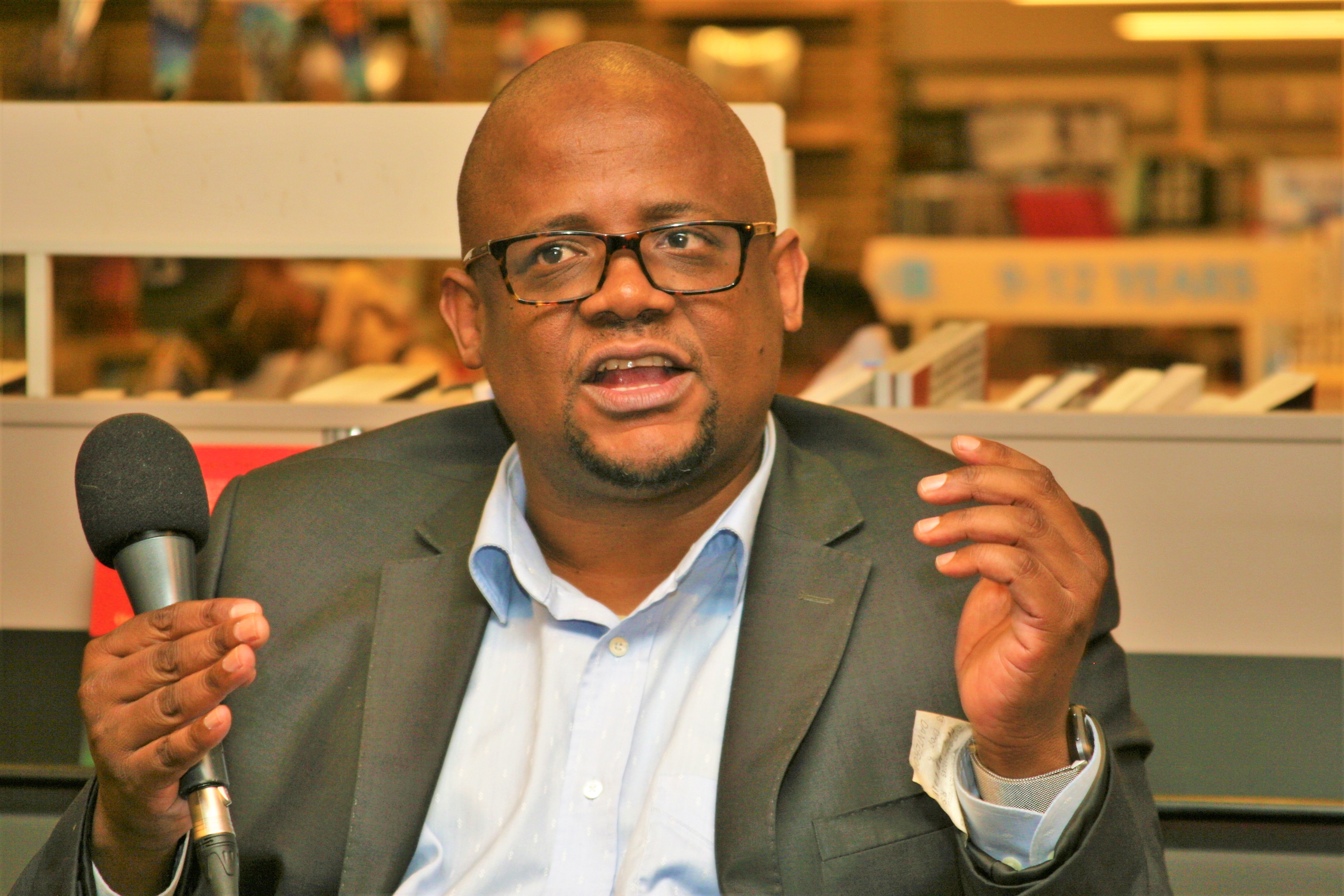 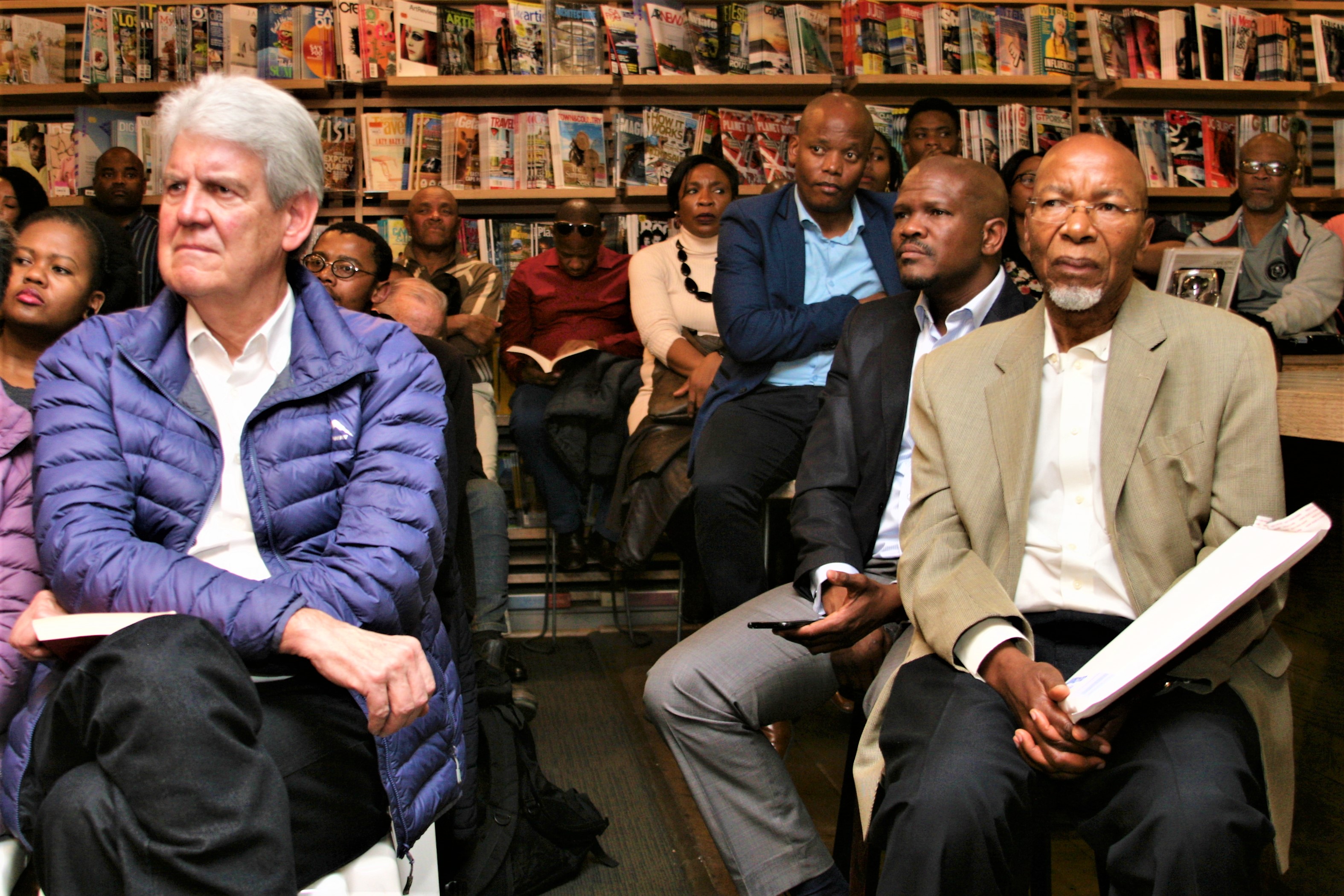 At the Rosebank bookstore, fellow scribe, Kwanele Sosibo facilitated an engaging discussion with author, Gaongalelwe Tiro, regarding his tome about his relative and a contemporary of the duo student leaders mentioned on the guest’s garment.

Parcel of Death recounts the little-told life story of Onkgopotse Abram Tiro, the first South African freedom fighter the apartheid regime pursued beyond the country’s borders to assassinate with a parcel bomb.

On 29 April 1972, Tiro made one of the most consequential revolutionary addresses in South African history. Dubbed the Turfloop Testimony, Tiro’s anti-apartheid speech saw him and many of his fellow student activists expelled, igniting a series of strikes in tertiary institutions across the country. By the time he went into exile in Botswana, Tiro was president of the Southern African Student Movement (SASM), permanent organiser of the South African Student Organisation (SASO) and a leading Black Consciousness proponent, hailed by many as the ‘godfather’ of the June 1976 uprisings.

Parcel of Death uses extensive and exclusive interviews to highlight significant influences and periods in Tiro’s life, including the lessons learned from his rural upbringing in Dinokana, Zeerust, the time he spent working on a manganese mine, his role as a teacher and the impact of his faith in shaping his outlook. It is a compelling portrait of Tiro’s story and its lasting significance in South Africa’s history.

Regarding the book’s launch, Mosibudi Mangena is quoted thus, “A biography of Onkgopotse Tiro, who was at once a catalyst and an active change agent in the South African struggle for freedom, is long overdue. For generations to come, this book will be a source of valuable information and inspiration.”

Gaongalelwe Tiro is a communication professional, who lives in Pretoria. He has extensive journalism experience, including stints with international wire agency Reuters; internet news service NEWS24; Tribute magazine; and newspapers Business Day, the Sunday Times, City Press, Sunday World, Business Report and The Star. Tiro was born and raised in the township of Temba, near Hammanskraal. Onkgopotse Abram Tiro was his (paternal) uncle.

The 248 pager retails for R290, with ab electronic version priced at R232.  Whilst orders for it can be placed on: orders@booksite.co.za

Tweet
More in this category: « Letshego Zulu - I Choose to Live Life after Losing Gugu. Nomzamo Mbatha and Garcelle Beauvais join Coming 2 America »
back to top