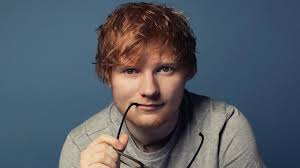 Ed Sheeran has announced he will be taking an 18-month break after an exhausting two years on tour.

The Castle On The Hill singer told fans at his last show at Ipswich that he’ll be going on a lengthy break to spend time with family and his wife, Cherry Seaborn, whom he married in December 2018.

Revealing his plans to the packed audience, the singer said: ‘As you may or may not know, I’ve been on the Divide tour for over two years now and this is the last day of the whole thing. ‘There is something very bittersweet about it. I love that you guys are here and we are ending it in Ipswich. This is my last gig for probably 18 months.’

Tweet
More in this category: « Watch: Emotional Sendoff for Soccer Analyst David Kekana. Global Business Roundtable (GBR) will be hosting the Global Women of Character(WoC) Summit for the 9th consecutive year. »
back to top